For the first time we have some official confirmation on the essential specs on the upcoming Microsoft Surface Go 2 and Surface Book 3. As these Windows tablet was certified with the Energy Star organization recently as noted by Windows Latest, providing us with some new official leaks.

First of all the new Surface Go really is labeled Microsoft Surface Go 2. But more importantly, Microsoft’s smallest Windows tablet will finally get some more powerful hardware, as the Intel Core m3-8100Y processor with 8GB of RAM is officially certified as one of the options on the Surface Go 2.

That’s a huge bump upwards in terms of performance. Compared to the present Intel Pentium 4415Y powered Surface Go, we should see single-core benchmarks scores in Geekbench 4 go up from around 2200 to around 3550, while multi-core scores should rise from around 4300 to 6000 on the Surface Go 2. 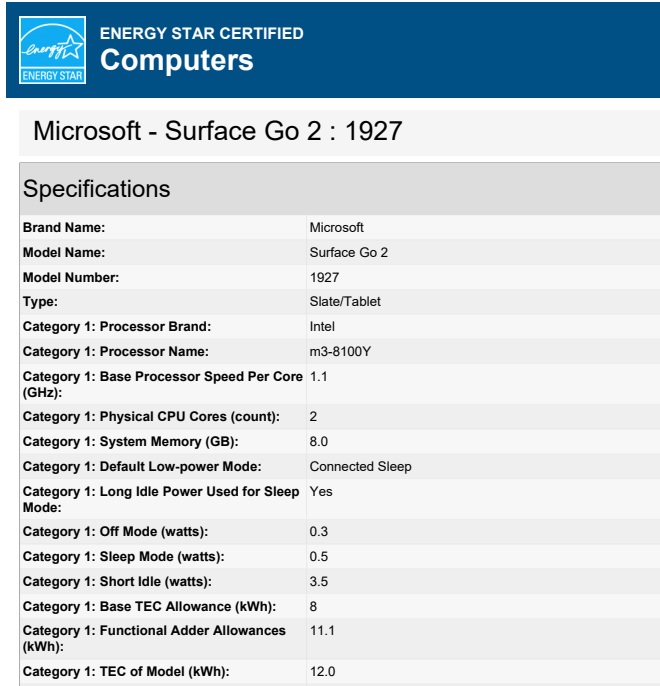 The certification also states that the Microsoft Surface Go 2 with model numbers 1927, 1926, and 1901 were to be launched on May 1. While that was obviously not the case, it does at least confirm that we can expect this new Windows 2-in-1 tablet soon.

The 13-inch and 15-inch versions of Surface Book 3 were also officially identified in a similar way with up to 32GB of RAM.

Microsoft’s Panos Panay said earlier today that Microsoft will roll out an improved tablet experience for Windows 10 2-in-1 tablets with the Windows 10 May update, where the desktop environment will be optimized for touchscreens. 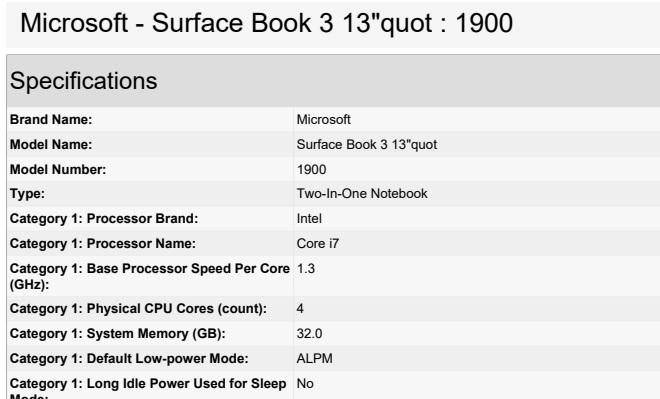