More and more sales campaigns are launching online now towards the middle of July for retailers to stand a chance against Amazon’s Prime Day next week.

We’ve mentioned Lenovo’s July sales already (which started today), but Microsoft Store too is among the other major retailers holding sales now through the middle of July.

The width of sales from Microsoft Store range from sales and bundles on Surface deals and Surface gear including the Surface Headphones. It’s possible to get the Surface Pro 5 with a keyboard for $599 now, or a Surface Book 2 for $1049.

And there are various sales on Microsoft’s other brands and other products sold in Microsoft Store, ranging from Xbox consoles and Xbox games, to smartphone deals, sales on smart home accessories, and sales on Windows laptops. 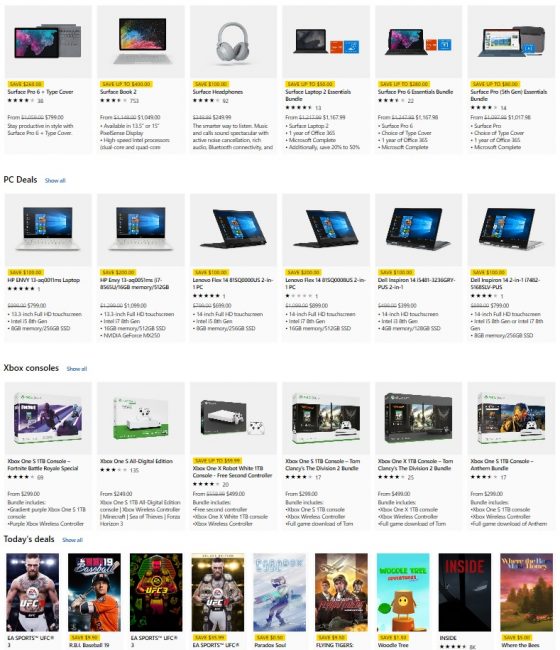