With this year’s Memorial Day sale, there’s only a few very particular tablets and similar mobile devices or laptops that are one sale.

The folding dual-screen Android phone Surface Duo is on sale for $798 with 256GB on board, from Amazon, Microsoft Store, and Verizon.

A really good tablet deal for Memorial Day is actually on the Samsung Galaxy Tab S7+ with 256GB storage, because the bundle with the keyboard is actually cheaper than even just the tablet itself, at $679. 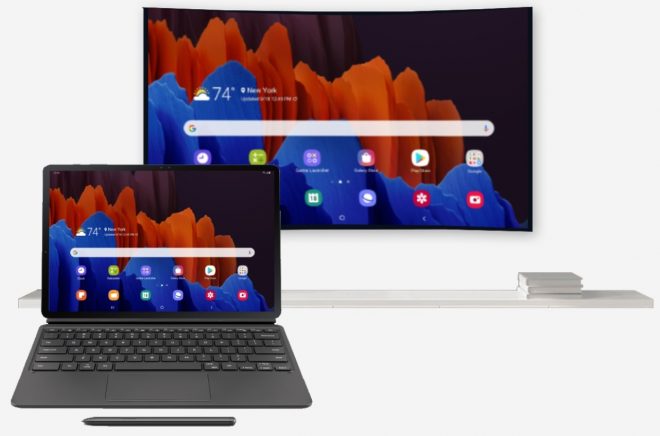 Best Buy is mostly focusing on Chromebook sales, but at least that includes the 10.1-inch Lenovo Chromebook Duet for $249 with the keyboard.

And finally we have some sales from Lenovo as always, but mostly just on their laptops and some related gear.