Electronics manufacturer Lynkcool has launched a crowdfunding campaign for SmartPad, a 4K smart display with Android 10.

Lynkcool calls the SmartPad a 3-in-1, with these functions being a stand-alone Android tablet, then a smart TV, and finally a portable monitor with a built-in battery that can be used with tablets, smartphones, and even Nintendo Switch. Lynkcool keeps the actual processor a secret, saying that “We could not disclose the chipset name and model at this stage because business confidential. It will be copied by some others. We could tell you that the processor is used for big size smart TV , we cooperated with the chipset company to modify some functions. The TV processor could decode 4K video format, with good quality and true color image, even on FHD panel with better quality than tablet PC chipset.” So all we know is that it runs at 1.5 GHz, and that the other options are between 2GB and 4GB of DDR3 RAM, and 16GB or 32GB of storage.

There are quite a few portable 4K monitors on the market already, but neither of them features the 3-in-1 functions of the SmartPad, so this product has a little bit of potential. 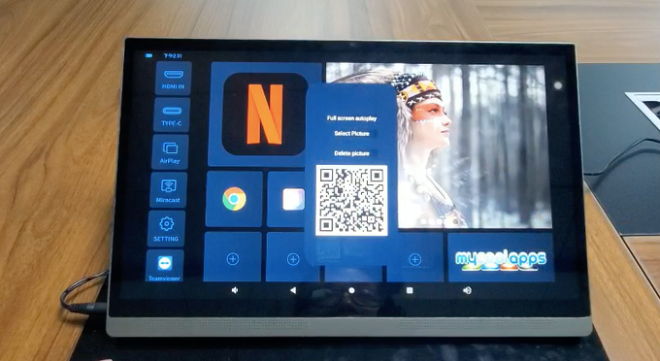