Logitech have announced that they will start selling a new Logitech Type-S keyboard for the Samsung Galaxy Tab A 9.7 in July. They haven’t announced a price for the keyboard yet, but it is very similar to the Logitech keyboard for the Samsung Galaxy Tab S, and that currently costs around $49:
http://www.amazon.com/Logitech-Type-S-Keyboard-Samsung-920-007546/

Samsung often makes their own keyboards for each individual tablet model, but they have yet to create an official Samsung Galaxy Tab A keyboard. The Logitech Type-S keyboard does pretty much get everything right though, so Galaxy Tab A owners should generally be satisfied with Logitech’s offer. The only problem I sometimes encounter with Logitech keyboards are bugs with some of the special buttons, which is down to a fault or two in the first edition firmware. Upon feedback from customers, Logitech have usually been able to fix the bugs with updated firmware though.

The hardware quality is usually great though. And this new Logitech Type-S keyboard for Samsung Galaxy Tab A 9.7 is no exception to the rule. It looks very sharp and modern, with a smart layout and practical features, since this isn’t just a keyboard but a combined keyboard and cover with multi-angle stands. The folio cover is made of synthetic leather while the keyboard is made of ABS. The weight is 440 grams, while the color options are either black or violet.

The Type-S is a Bluetooth keyboard, as the micro-USB port is to charge the keyboard with. The battery life is 360 hours on one charge. It has a standard built-in magnet for automatic wake and sleep features upon open and close of the cover, and a rear camera hole to facilitate the 5MP rear camera of the tablet. In addition to all the regular keyboard keys, it has buttons for Android features as well as some particular keyboard buttons, all of which will save you a let of time if you find yourself typing a lot more on your tablet than you originally expected. 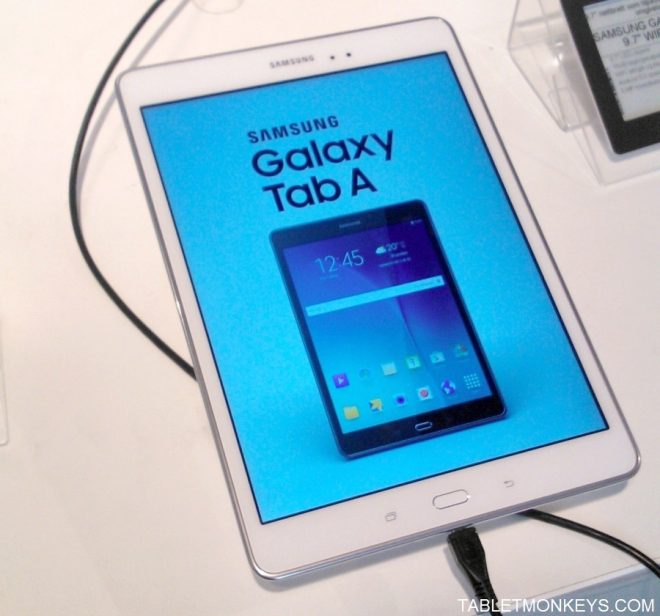