We have a new set of leaks for the upcoming next generation iPad Pros, after 9to5Mac noticed that Logitech

has actually listed these upcoming iPads on the compatibility list for some of their iPad accessories.

I’ve seen the same descriptions for among other products, the Slim Folio Pro keyboard, but where it was first noticed was with the Logitech Crayon digitizers. 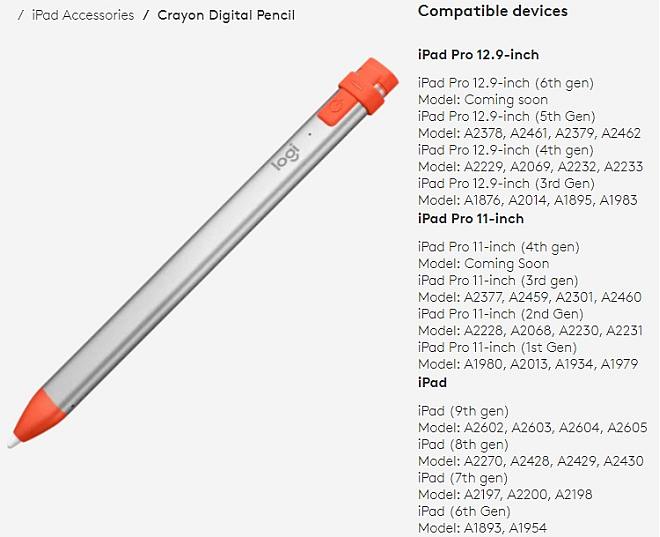 Leaks or glitches such as these take place from time to time, and the last time it happened with the iPad Pros it took about 3 weeks before the new iPad Pros were unveiled.

This roughly corresponds to the post-iPhone launch time between the iPhone and the iPads in the September to October timeframe, so if you were planning to buy one of Apple’s two flagship iPads, Logitech’s leaks suggests that this may be possible in a few weeks.