Lenovo have finally announced the Lenovo Yoga Tablet 2 13.3 (-1371) with Windows 8.1, weeks after they unveiled the smaller versions and the large 13.3-inch Android version of this tablet.
http://www.amazon.com/Lenovo-Yoga-Tablet-13-59431031

What differs from the Android version is the lack of a projector in the cylinder. But who would use that anyway? The 13.3-inch screen on the Lenovo Yoga Tablet 2 13 have a great 2560 x 1440 resolution with a 178 degree wide-angle IPS display.

The processor is a quad-core 1.33 GHz Intel Atom Z3745 processor with 1.86 GHz turbo speed. I wonder if potential customers will be put off a little by this processor, since Lenovo could have given this tablet a more powerful processor for the same price. But it does have 4GB LPDDR3 RAM though, so perhaps some customers will feel that the RAM compensates. And for those who need a more powerful 13.3-inch Windows device, there’s the new Lenovo Yoga 3 Pro

which is even thinner than this tablet, since it lacks the cylinder at the bottom. 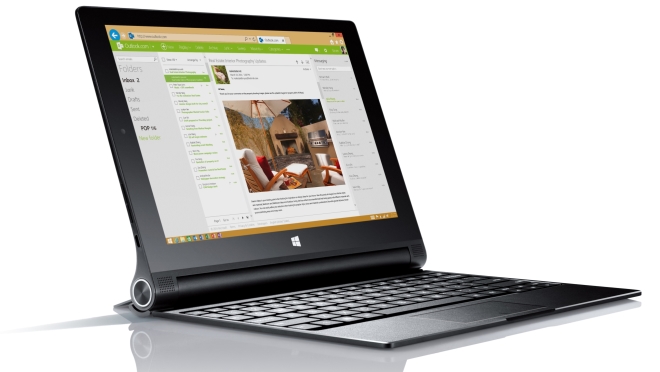 Lenovo Yoga Tablet 2 13.3 has 64GB of internal storage, with 64GB microSD card support too. Other ports are a micro-HDMI port, a micro-USB port, and a 3.5 mm audio jack.

Lenovo is emphasizing the entertainment value of the Lenovo Yoga Tablet 2 line, and on this tablet that means an audio experience that is unparalleled for tablets up until now, with the integration of a 5W JBL subwoofer and two large-chamber 1.5W JBL speakers. The sound is enhanced through Dolby Audio surround sound and a Wolfson Master Hi-Fi codec chip. Sound quality on high-end tablets have improved the last two years, but never like this.

This tablet has one camera according to Lenovo, which is on the front, at 1.6MP with a fixed focus. But there might be a camera on the rear as well, at 8MP, since there is one on the Android model.

The battery life for this model is 15 hours, which is squeezed out of a large 12800 mAh battery in the cylinder. For a 13.3-inch Windows 8 tablet, that’s on average twice as long as its competitors.

Like the other Lenovo Yoga Tablet 2’s, it has the hang mode too, so you can hang it on a wall.

Lenovo says it will release the Lenovo Yoga Tablet 2 13.3 for $699 in November, and like the Android model it seems to be towards the end of November. Considering a lot of the hardware here, I don’t think that’s a bad price. Although, unlike a lot of other Windows tablets, the Office 365 included with this tablet is only a 1 month trial of Office 365. A keyboard should be included in the price, but this may vary from market to market.

The implication of Lenovo’s processor choice should not be exaggerated, since you can definitely be productive with this tablet. But it’s still a tablet geared ever so slightly more towards media consumption than towards productivity. For most people using this tablet at home, it should suffice though. 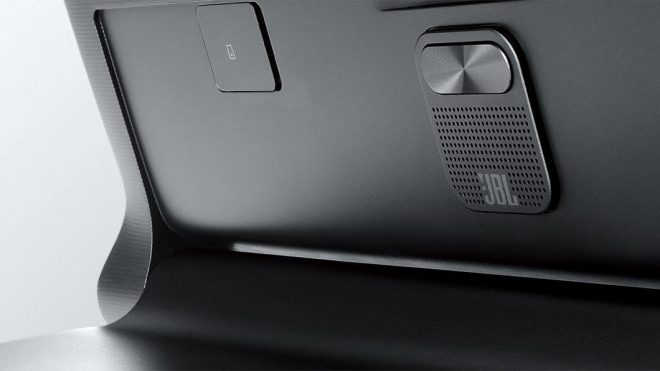 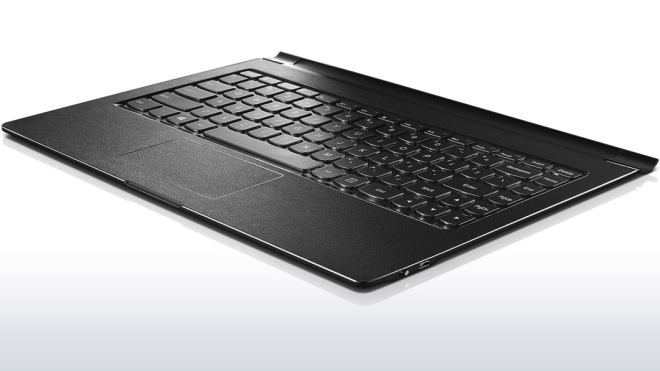 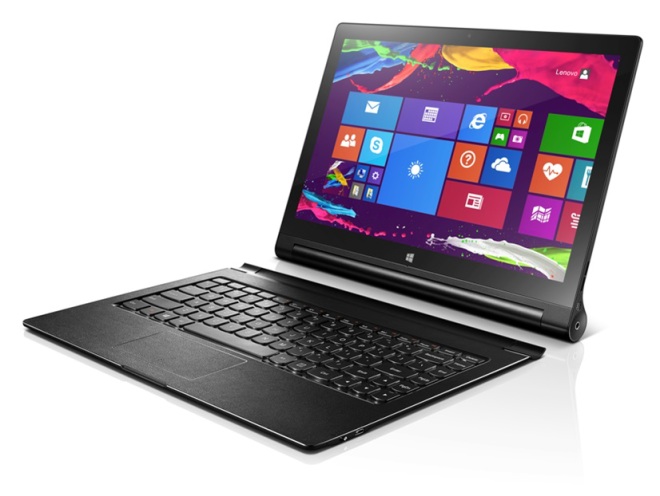