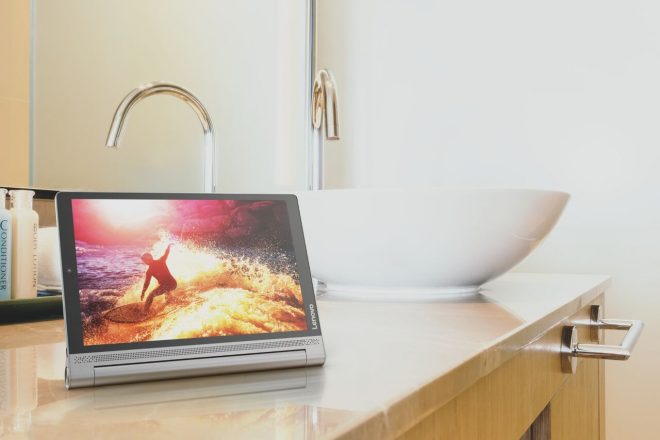 Either way, the Lenovo Yoga Tab 3 Plus is built as a home tablet, with a splash proof IP51 rating. It has a 10.1-inch screen with a 2560 x 1600 resolution, 32GB of storage, a built-in kickstand that contains a large 9300 mAh battery that gives it an 18 hour battery life, it has 4 JBL front facing speakers with Dolby Atmos, and 3GB of RAM.

So as a tablet for the home, this is a clever device.

It also has a 5MP front camera, and a high resolution 13MP rear camera.

The weight beings at 637 grams for the Wi-Fi model of the Android version. We will update when this tablet is about to become available in North America. 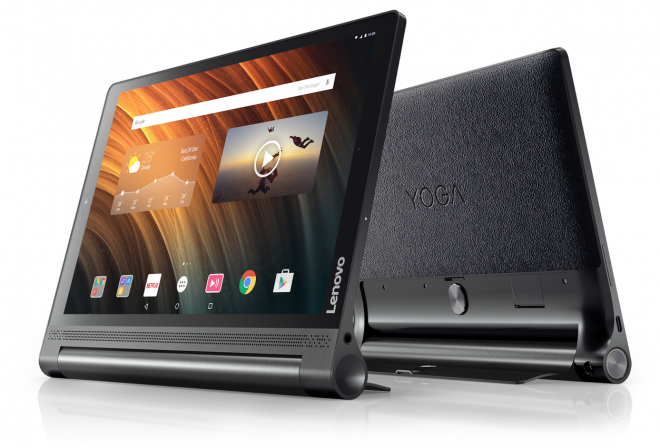 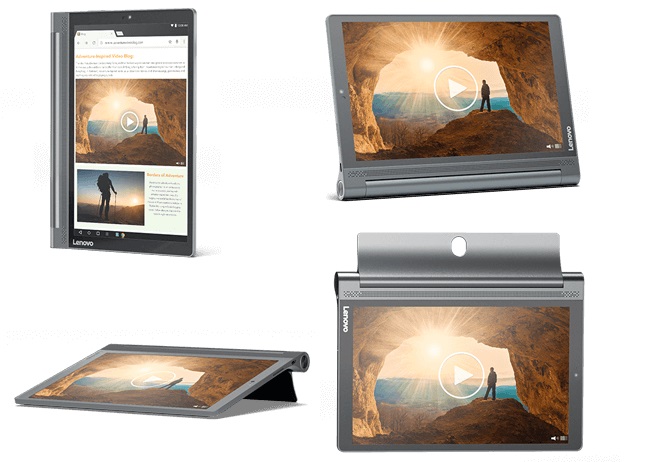 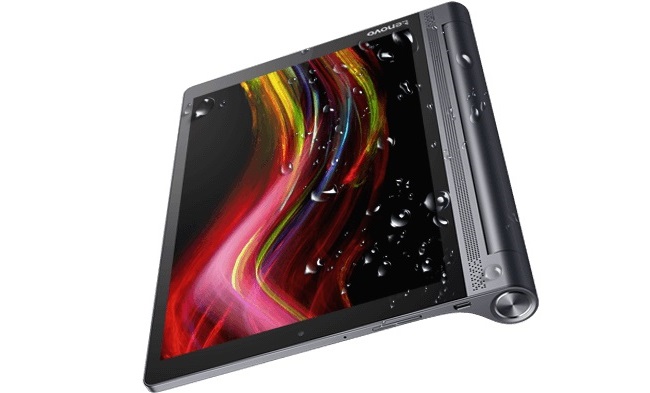