Lenovo announced their newest 7-inch Android tablet today named Lenovo Tab M7, which Lenovo believes it can launch in October as a successor to the Lenovo Tab E7. So far only the the Euro price has been provided, which is €99.
https://www.lenovo.com/us/lenovo-tab-series/Lenovo-TB-7305/p/ZZITZTATB37 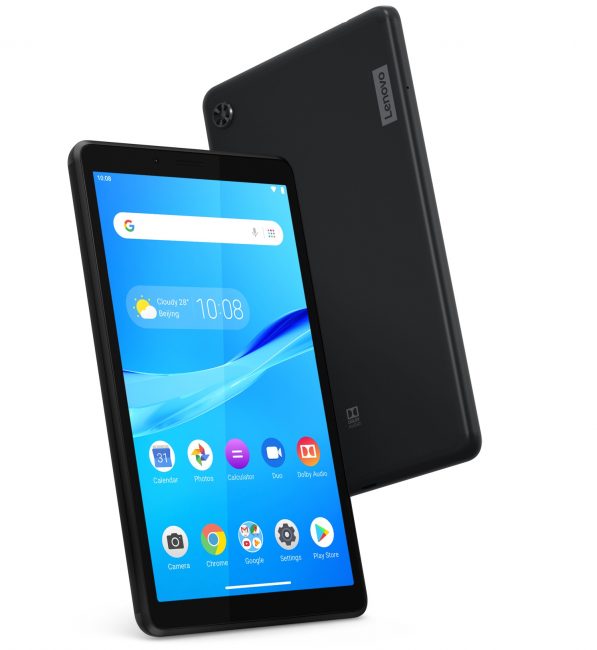 The screen is the same as in the Fire HD 7, with 1024 x 600 resolution and 350 nits brightness. Lenovo also makes a point out of the Lenovo Tab M7 being certified on its blue light eye protective filter features by TÜV Rheinland. And this little tablet even features facial recognition. The bezels have also slimmed down considerably from its spiritual predecessor.

Tablet cameras are 2MP both front and rear, though there’s only a mono speaker on it. But it features a 3.5mm audio combo jack to overcome that.

Battery life is 10 hours long, based on a 3590 mAh battery which charges through the micro-USB 2.0 port. 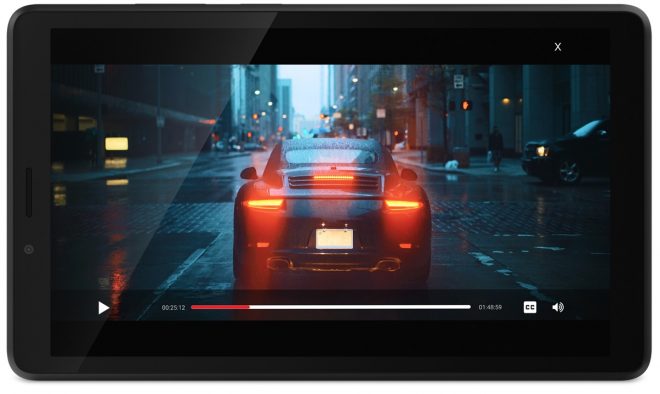 Internet connectivity is basic, with 802.11 b/g/n, Bluetooth 4.2, and of course optional 3G or 4G connectivity, which also adds some navigation sensors.

The Lenovo Tab M7 color options are black, platinum grey, and iron gray. The thickness is 8.25mm, and with a weight of a mere 236 grams, it is the lightest tablet to hit the market in 2019, and not just among 7-inch Android tablets. 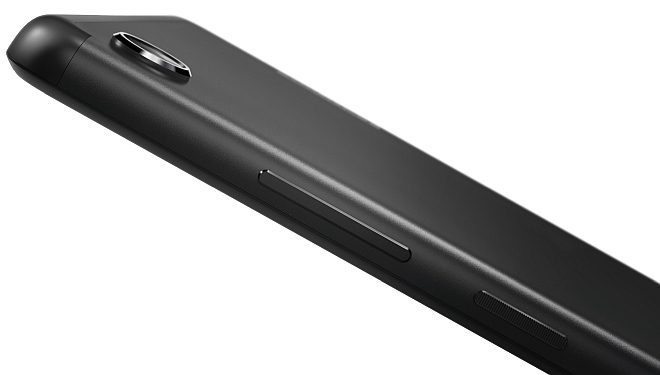 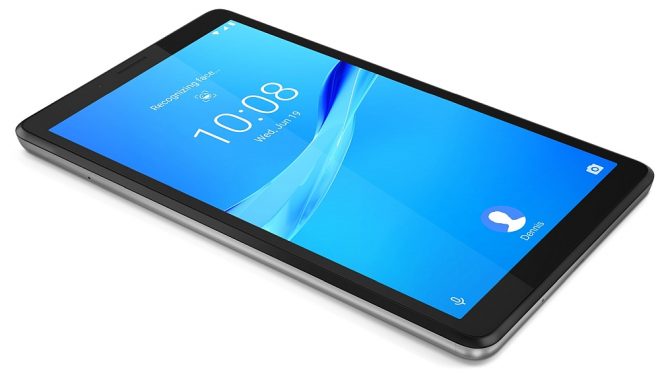