Nook and Kindle just got another competitor.

Kobo announced their new 7-inch Android tablet called Arc today, on the same day that Amazon will unveil their 5 new tablets and 2 new ereaders. How’s that for timing?

Kobo Arc is the successor to Kobo Vox, a 7-inch Android tablet introduced by Kobo on 28 October last year, featuring a 1024×600 display, 800 MHz CPU, Android 2.3, and 8GB of storage. Not impressive by any standards.

Features
– Kobo has developed a interface they call Tapestries, which is another one of those “content disoverery” systems that basically works by associating the media you are reading, watching, listening to, or browsing, by recommending related or similar media to you. This is similar to the kind of systems you may find on both Kindle, Nook, and some of the newest tablets and ecosystems.
– Probably the most novel feature of the Arc is its 178 degree viewing angle.

Kobo’s ereader system is big in Canada with a market share of 46% in Q1 2012, and a French market share of 50%. But the tablet market is different from the ereader market. Unless Kobo lowers their price a lot, the Arc will struggle as a tablet, considering all the other tablets you can now get for the same price or less. 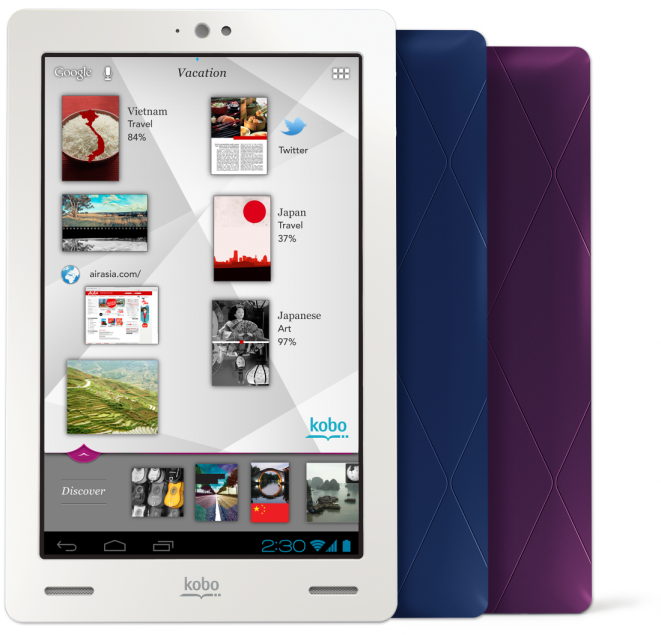