A lot of tablet covers are called Book Covers as they offer a functionally similar cover for a tablet.

But on February 1, a literal book cover, already Vol 2 will be released for the iPad Pro 12.9 from Twelve South which resembles an old book cover. That is, if there ever was an old book cover with a cut out for digital cameras on the back.

The Twelve South Book Vol 2 cover has room for an entire iPad Pro 12.9 with the largest of Apple’s iPad keyboards, and will still have room to spare for papers in the sleeve. 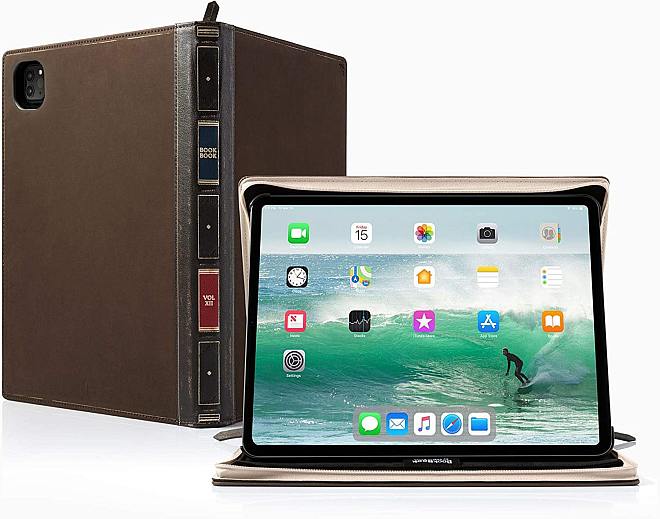 It has two display modes too, with both a tilted studio mode and normal vertical mode available, though I assume you can only use the pen effectively when in studio mode.

Another iPad accessory coming up is the ​AluDisc Max 360.

This is an iPad stand with a magnetic iPad attachment/detachment. It can be raised to a height of 11.9-inches, though at that height it will be prone to tilting over unless you can secure it somehow.

So the main benefit here of this magnetic iPad stand over other high iPad stands for a desk, is that the magnetic attachment makes it quick to slap onto. 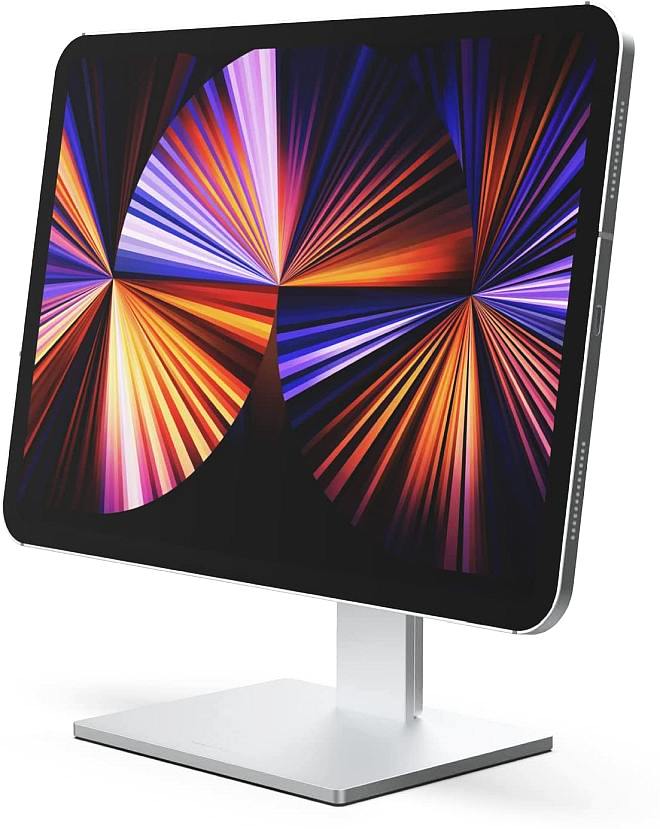