The first Intel Core i9-10980HK computers are becoming available for everyone interested in some seriously powerful Windows laptops. MSI GE66 Raider has started taking pre-orders for the new beast of a Windows 10 laptop, before it’s released on April 15th:
https://www.amazon.com/MSI-Raider-10SGS-057-Gaming-i9-10980HK/

MSI GE66 Raider (10SGS-057) is called a gaming laptop, hence the power, but with this sort of hardware performance, this 15.6-inch laptop is useful for anyone who just want’s the most powerful laptop that they can get. 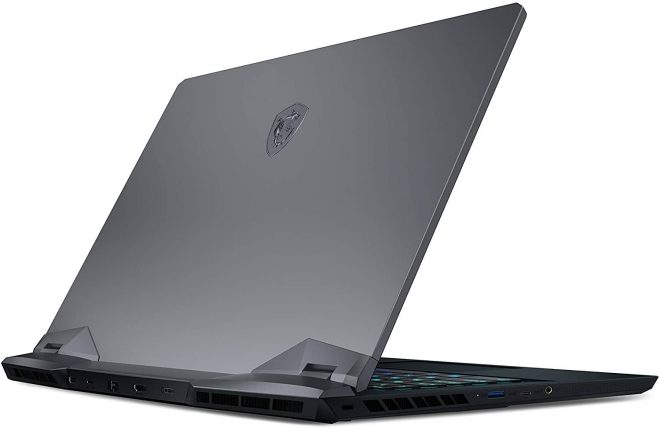 It even has a 300Hz refresh rate for the 15.6-inch screen with a Full HD 1920 x 1080 resolution display, as much as 5 fans to keep it cool, and a large battery. Apart from that it’s equipped with the type of top of the range specs you would expect, like ax Wi-Fi 6 and even Killer Gb LAN.

There’s also a cheaper version of the MSI GE66 Raider at almost half the price, that you can get with the Intel Core i7-10750H setup.

Given the rarity of the new Intel Core i9-10980HK processor, there’s not a whole lot of benchmarks yet, but in one of the latest Geekbench 4 benchmarks, it has achived benchmark scores of just over 34,000 for the multi-core score. 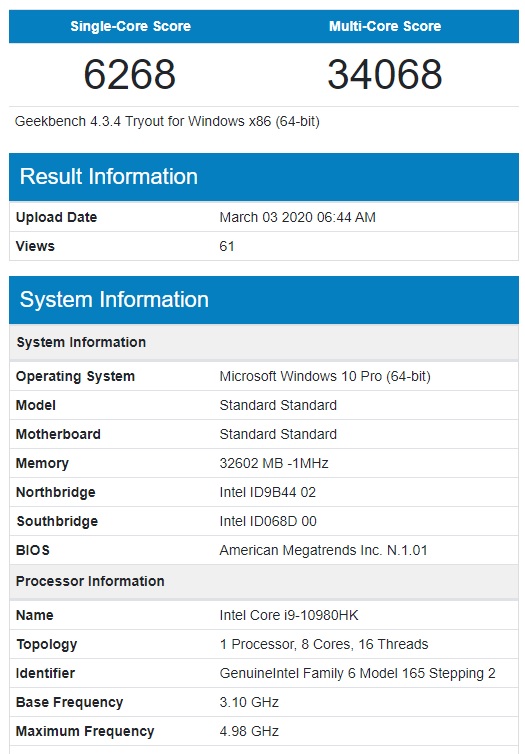