HP said publicly a little over 2 years ago that they would stop making low to mid range tablets, and focus solely on high-end 2-in-1 tablets. But as Liliputing wrote yesterday via NDTV, HP has just launched an India exclusive HP Pro 8 tablet at 8 inches with Android 6.0.

The HP Pro 8 (1GQ27AA) also seems to have come into existence because HP won a contract with the Indian government who was said to have ordered tens of thousands of such devices.

Nevertheless, the tablet is a functional mobile computer which is built to standards so that it’s like a large smartphone that can be used well outdoors and on the go.

So the main features of this tablet is the 4G LTE with voice, a 15 hour battery life, 500 nits brightness, pretty decent temperature thresholds of -10°C to 50°C, and regional Indian language support. 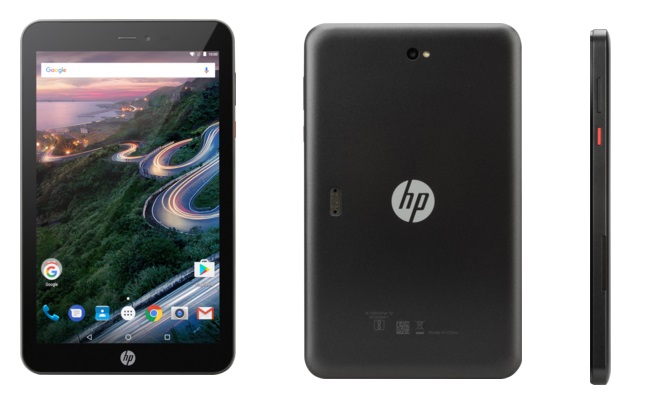 The HP Pro 8 is very heavy for an 8-inch tablet, starting at 488 grams. It would have been the heaviest 8-inch Android or Windows tablet on the market, but then again, this isn’t a regular consumer tablet, but something of a rugged light tablet. So we will have to accept that.

That’s why it’s also 11.9mm thick. But at least on the design side, HP made the on/off button red, while the volume rocker have been kept black like the rest of the tablet.