What may be the best iPad accessory ever made has finally started taking orders and is shipping now in March, as Fledging’s Hubble for iPad is released from $115: https://www.amazon.com/Fledging-Hubble-Integrated-2018-2020-Silver/dp/B08QB3SSR

Fledging’s Hubble for iPad, which fits both the iPad Air 10.9, iPad Pro 11, and iPad pro 12.9, offers a lot of the things that were present on many other flagship tablets, but that iPads have always lacked.

Hubble is a thin aluminum alloy case with a folding protecting front cover, which also functions as a rear stand, and most importantly, a lot of new connectivity ports that makes it so much easier and convenient to use an iPad. 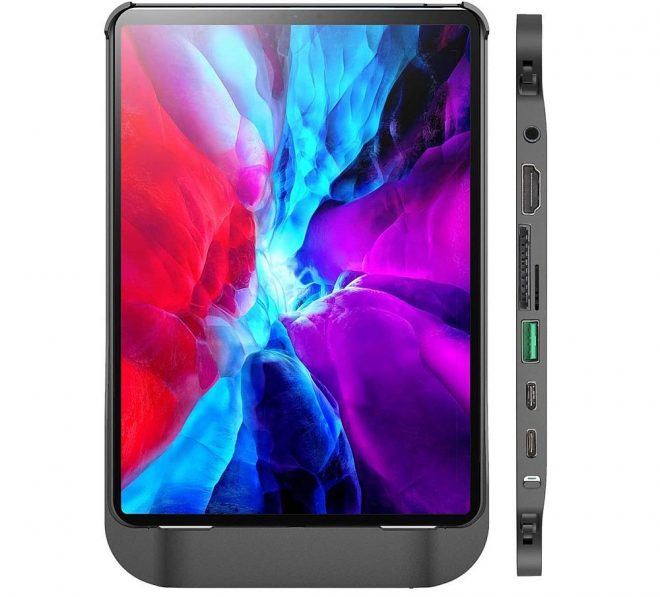 These ports are 2x USB C 3.0 ports, 1x full-size USB A 3.0 port, an HDMI output port with 4K 60 Hz support (Full HD for the iPad Air), a 3.5mm audio combo jack, SD card and microSD card readers, a travel switch for it, and charging of the Apple Pencil which can be magnetically attached to the tp of the tablet.

The Hubble’s color choices are between Silver or Space Grey. The Hubble adds al those things that most people wish they had on their iPad, and with a great design too, it even looks like an integral part of the iPad. 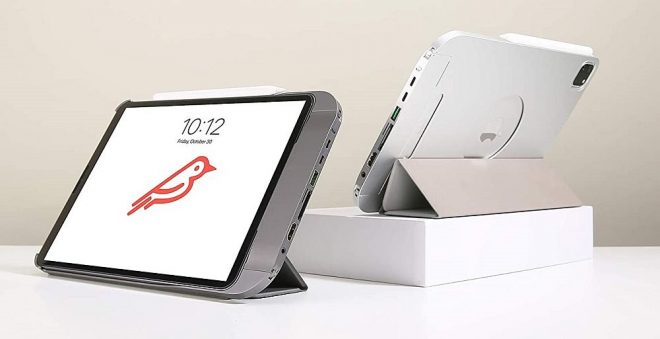