Huawei MediaPad T3 10 / Huawei Honor T3 10 (with the model name depending on the market region) is the last tablet in the new MediaPad T3 series to launch after the 7-inch and 8-inch models. Officially unveiled a couple of weeks ago, the Huawei MediaPad T3 10 is a 9.6-ich Android 7.0 Nougat tablet, and the model that is now being released around July 15 is the AGS-L09 model with 3GB of RAM and built-in 4G LTE for data transfer and phone calls through the tablet.

Both the MediaPad 10 models before it have been 9.6-inch tablets too, though it is natural to believe at first that it is a 10.1-inch tablet with a name like that. But instead it has a 9.6-inch screen with a HD 1280 x 800 resolution display.

The OS is Android 7.0 Nougat, and since this is a mobile Android device from Huawei it features the smooth Huawei EMUI 5.1 user interface with additional features on top too. 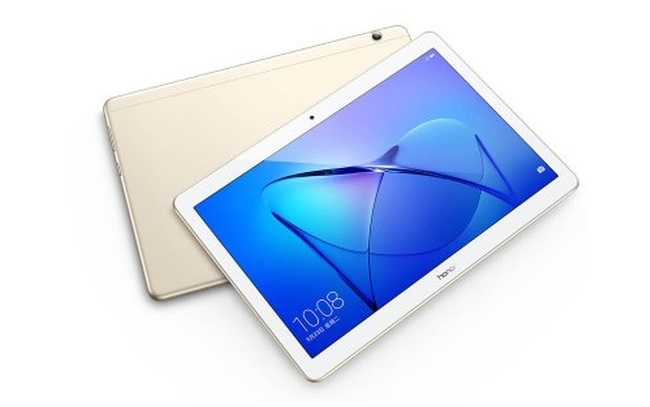 Huawei MediaPad T3 10 is powered by a quad-core 1.4 GHz Qualcomm Snapdragon 425 processor, and has 3GB of RAM, and 32GB of storage with additional 128GB microSD card support.

The battery size is 4800 mAh, giving it a battery life of 9 hours based on the industry standard.

Huawei themselves have specified the Huawei MediaPad T3 as lacking ac Wi-Fi support, but otherwise featuring full dual-band 802.11 a/b/g/n Wi-Fi. In the store listings however the MediaPad T3 is now listed with ac Wi-Fi, which makes much more sense since the ac Wi-Fi is built into the Qualcomm Snapdragon 425 processor.

And it definitely has 2G, 3G, and 4G cover, as well Buetooth too of course so you can hook it up to wireless Bluetooth speakers, though it has stereo speakers too.

The ports are a micro-USB 2.0 port and 3.5mm audio combo jack. The cameras are a 2MP front camera, and a 5MP rear camera, while sensors on the AGS-L09 model are GPS, A-GPS, GLONASS, BDS, and gravity sensor.

It’s pretty light, at 460 grams, and it’s thin at 7.95mm. The building material covering the tablet is anodized aluminum, so that offers some additional durability and gives it a texture with a nice feel to it. 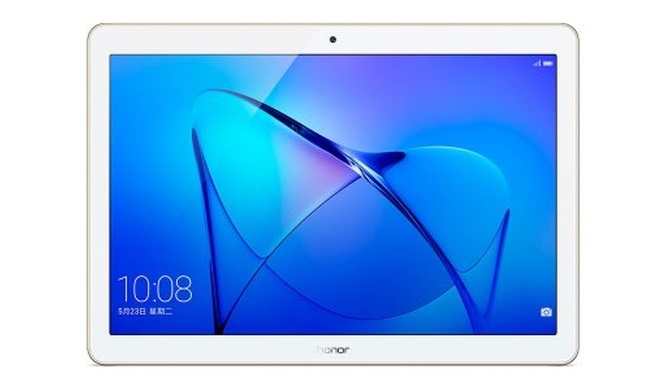 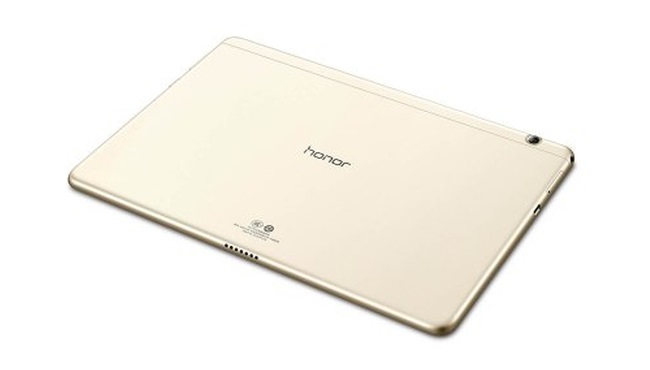