The Huawei MediaPad M2 10 was unveiled at CES in early January 2016, and is now available internationally. This is a 10.1-inch Android 5.1 tablet with 3GB RAM, a snappy octa-core processor, digitizer support, a fingerprint reader, a 13MP rear camera, and a thin and light design among some of the highlights of Huawei’s newest tablet in 2016: http://www.gearbest.com/tablet-pcs/pp_347066.html

Huawei has a lot of success with the use of Hisilicon processors, and in the Huawei MediaPad M2 10 we are seeing the use of the 1.5 GHz octa-core Hisilicon Kirin 930 processor with a Mali-T628 graphics processor.

It also has 3GB of DDR3 RAM, a RAM capacity which is still very rare on Android tablets, and should be welcome for some gamers in particular. And it can be had in 16GB, 32GB, and 64GB storage configurations with or without 4G LTE. As a new Android tablet is supports microSD cards up to 128GB. 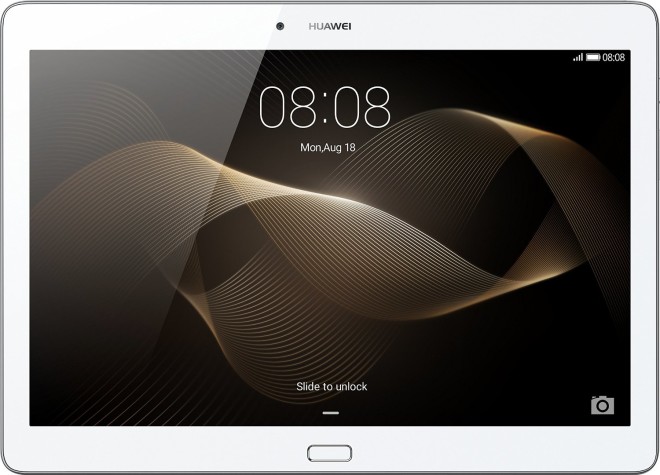 The 16:10 ratio 10.1-inch screen has a Full HD display resolution of 1920 x 1200, and a feature that makes Huawei’s tablet stand out in the graphics department is the full digitizer support for the M-Pen which has 2048 pressure levels, which is as high as it can go on tablets these days. So writing or drawing should feel very natural.

Huawei MediaPad M2 10 has complete Wi-Fi cover with dual-band 802.11 a/b/g/n/ac support, as well as Bluetooth 4.0 support, while it also has a micro-USB port.

It has 4 Harman/Kardon speakers, with 2 for bass and 2 for treble, and it has a 5MP front camera, and a 13MP rear camera with LED flash, with support for timelapse, Full HD 1080p video recording, panorama functions, and everything else you expect from one of the better tablet cameras.

Sensors include ambient light sensor, a fingerprint sensor on the bottom of the screen, accelerometer, gyroscope, hall sensor, compass, GPS, A-GPS, GLONASS, and Beidou. The battery life is about 9 hours from the 6660 mAh battery inside.

The weight of the MediaPad M2 10 is 500 grams, while the thickness is 7.4 mm, which is pretty good as far as dimensions goes.

The timing of the launch makes it a viable iPad Pro 9.7 alternative for those who want a cheaper alternative with Android instead. 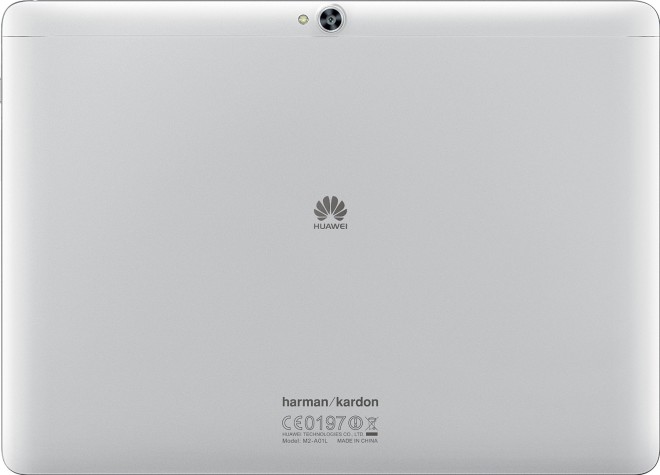