The thin new 2160 x 1440 resolution Windows 10 tablet Huawei MateBook E started taking orders in the US two weeks ago, but now in the middle of July it has been released. Or should I say, one of the two models have been released.

And the first Huawei MateBook E aka “MateBook 2” model that have been released, is the Intel Core m3-7Y30 “Kaby Lake” model, in grey. This model also has 4GB of RAM, and 128GB of SSD storage.

The second model option is the Intel Core i5-7Y54 “Kaby Lake” powered model, which also has 8GB of RAM, and 256GB of SSD storage. This model can also be bought in a color combination of white and champagne gold, where the white extends to the bezel around the tablet, and to the color of the keyboard. The price difference between the Intel Core m and i5 models is $200. 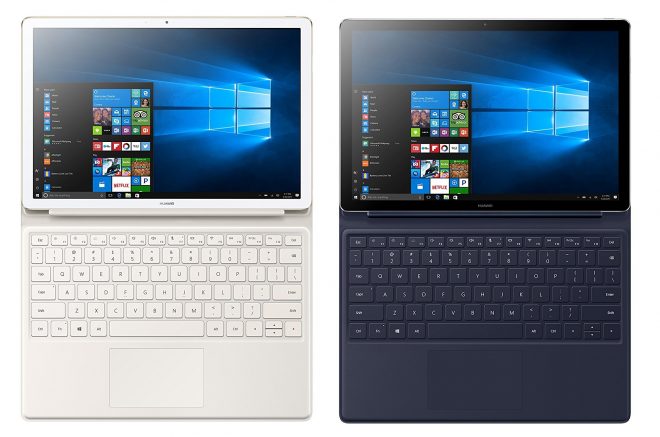 The keyboard is included with both models in matching colors, and the keyboard also doubles up as both a cover and a tablet stand.

Huawei MateBook E is in the category of superslim and superportable 12-inch Windows 10 2-in-1 tablets that still packs serious power. Because even with a powerful 7th generation Intel Core processor inside, it is still only 6.9mm thick, and the weight of the tablet is also just 639 grams.

Specs includes Dolby Audio Premium stereo speakers, a 12-inch screen with a 2160 x 1440 resolution display with active digitizer support for the optional pen, complete dual-band and dual-antenna 802.11 a/b/g/n/ac Wi-Fi support, Bluetooth 4.1, a battery life of 9 hours from the 4430 mAh battery, a 5MP front camera, a fingerprint reader for secure login, and finally an ambient light sensor, accelerometer, gyroscope, a hall sensor, and unlike a Surface Pro, the Huawei MateBook E has a USB Type-C port. 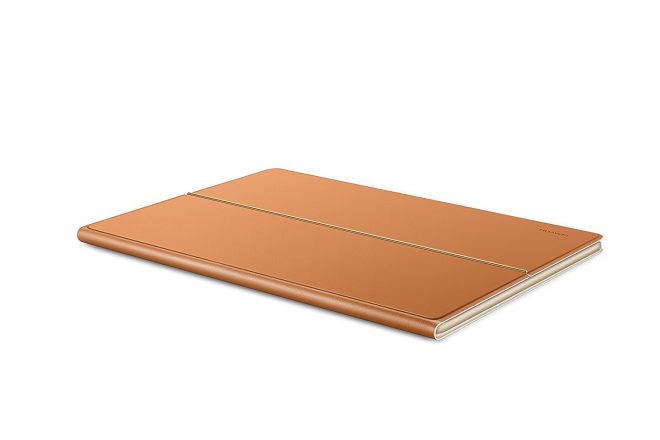 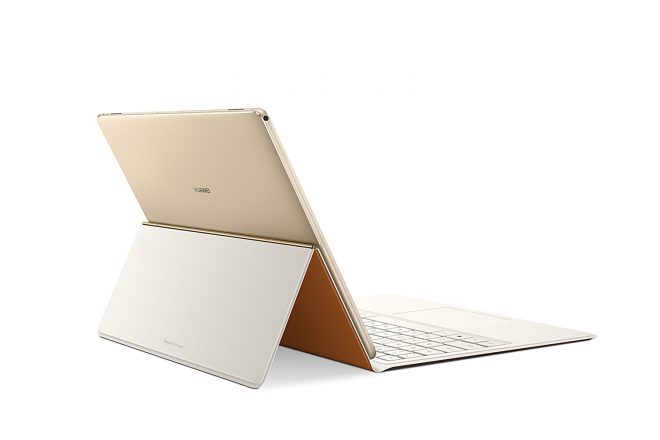 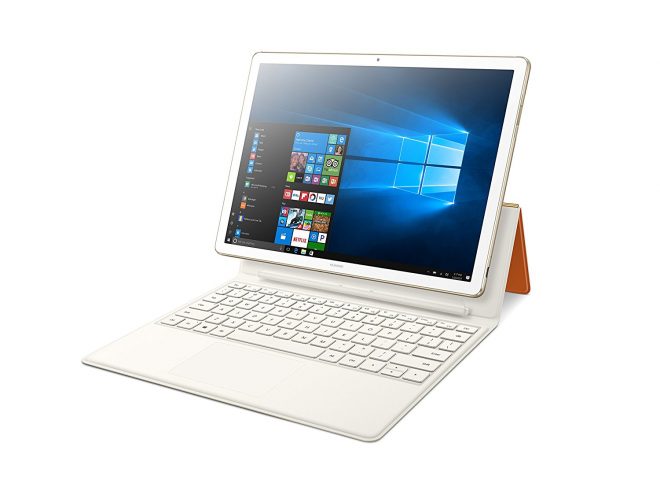 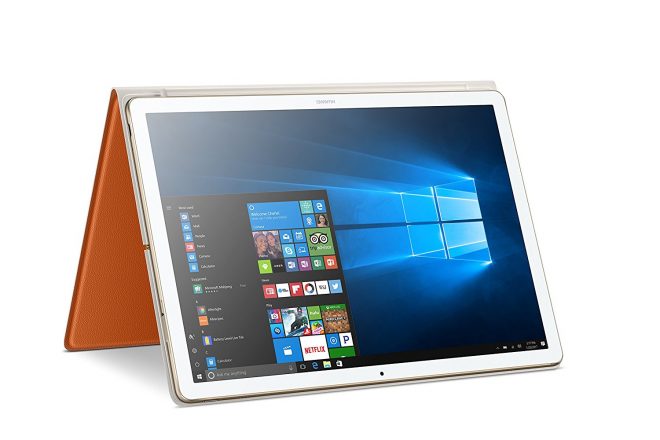