HP have surprised us all by announcing the HP ZBook x2, a very powerful Windows 10 2-in-1 tablet with 32GB of RAM made for professional digital artists, photographers, and video editors. Although a few gamers might adopt this block of power too, considering the graphics credentials ZBook x2 has. https://store.hp.com/us/en/pdp/hp-zbook-x2-g4-detachable-workstation

HP ZBook x2 (pronounced HP Zee-book ex-two), will be launched a couple of weeks from now, starting at $1749. As for category, this tablet is like “the new Vaio Z Canvas” which was the first consumer type of 2-in-1 tablets with emphasis on huge graphics power. With front facing buttons, and a chunky design, it won’t be the first choice for those who instead want a powerful and mobile Windows 10 2-in-1 tablet, as there are plenty of thin and good ones in that category already. The thickness for the tablet is 14.6mm with a weight of 3.59 pounds or 1628 grams. Fortunately, with a weight like that, it has a built-in kickstand.

On a side note, the HP ZBook x2 is also the first 8-corner tablet I’ve seen since the Linshof Performance Tablet, a planned tablet in 2014 that was canceled before launch. 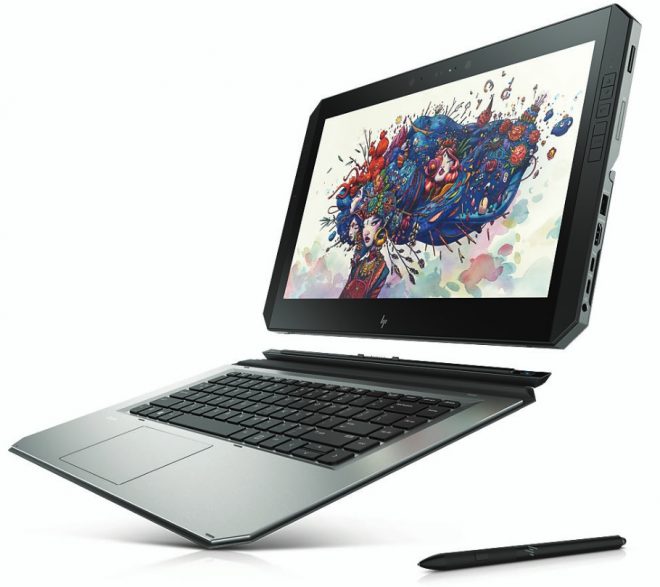 The GPU options are either the standard Intel HD Graphics 620, or a more powerful Nvidia Quadro M620.

Being a graphics tablet, it has to have a higher resolution display than a Amazon Fire 7 tablet, so the HP ZBook x2 can show off with a 14-inch screen with a 4K resolution of 3840 x 2160. This touchscreen has support for a custom HP designed Wacom technology 4096 pressure level sensitive pen. And the display is a color accurate Dreamcolor display with an incredible 1 billion colors.

Other main specs that sets this tablet apart, are 2x USB 3.1 Type C ports with Thunderbolt 3.

It also has a backlit keyboard of course and a IR front camera and fingerprint reader, but this is pretty normal on Windows 10 2-in-1 flagship tablets right now, and far from exclusive to HP.

This keyboard can also be detached and still work wirelessly via Bluetooth though, so that’s something of a novelty for 2-in-1 tablets right now.

All in all, the HP ZBook x2 is a pretty amazing Windows tablet and the type of portable computer that made tablets great products in the first place. 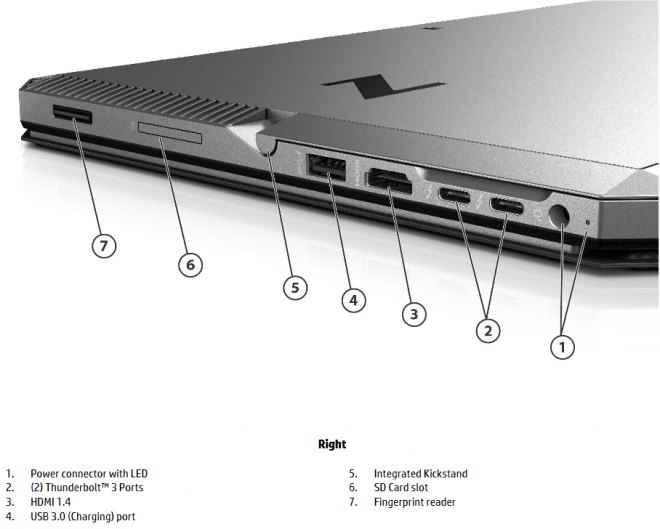 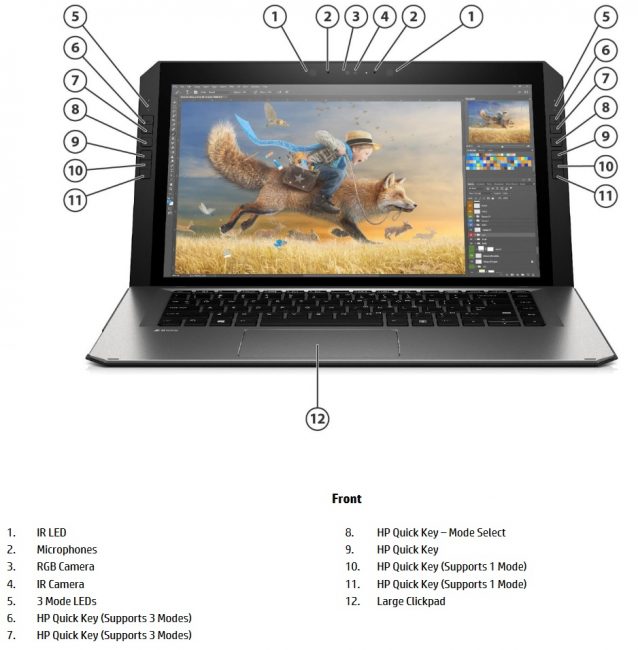