HP officially announced their first new tablets for 2015 today on January 20, unveiling as many as 8 new tablets at one time. So what are the new tablets from HP this year?

HP Pro Slate 8
This is a 7.9-inch Android tablet, with a quad-core Qualcomm Snapdragon 800 processor, 2GB 800 MHz LPDDR3 SDRAM, a 2048 x 1536 resolution display with a 4:3 aspect ratio, and 8mm thickness. HP promises enterprise security. The display ought to be durable, as it features Gorilla Glass 4. It has a HP Duet Pen digitizer too. It launches in January, starting at $449. 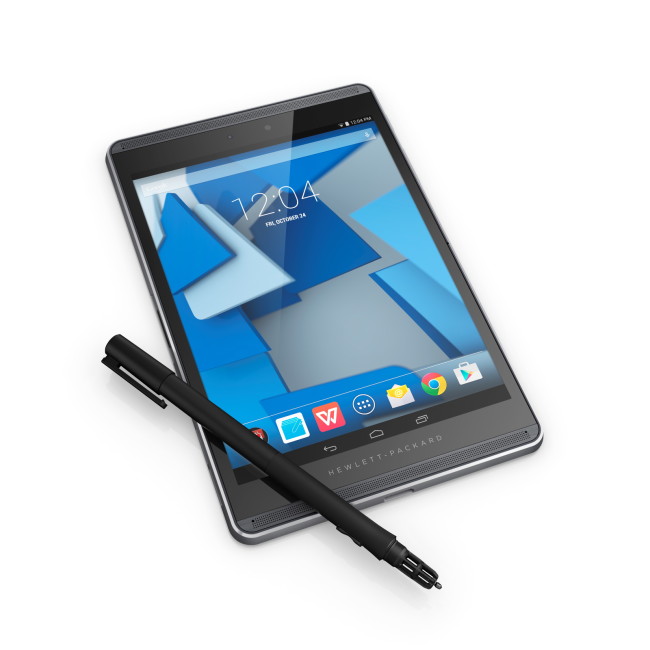 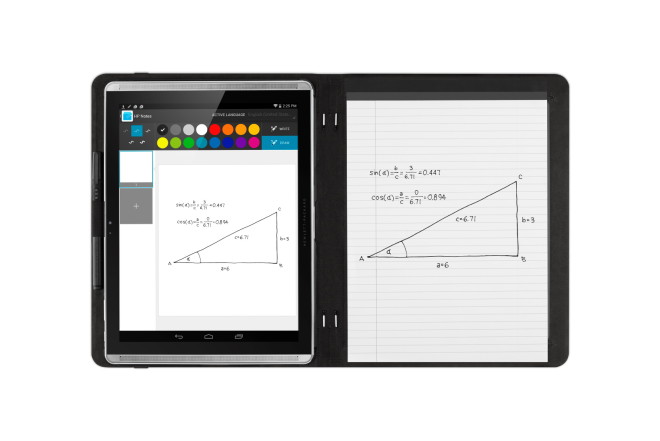 HP Elite x2 1011 G1
The Elitex2 G1 is a rugged 11.6-inch (HD/FHD options) 2-in-1 Windows 8.1 tablet with 64-bit versions of Windows 8.1 Pro to Windows 7, depending on what you need. The Intel Core M processor helps it chances of becoming a hit too. It has a lightweight keyboard and and optional Wacom digitizer pen and wireless dock. It will become available in late January for $899. 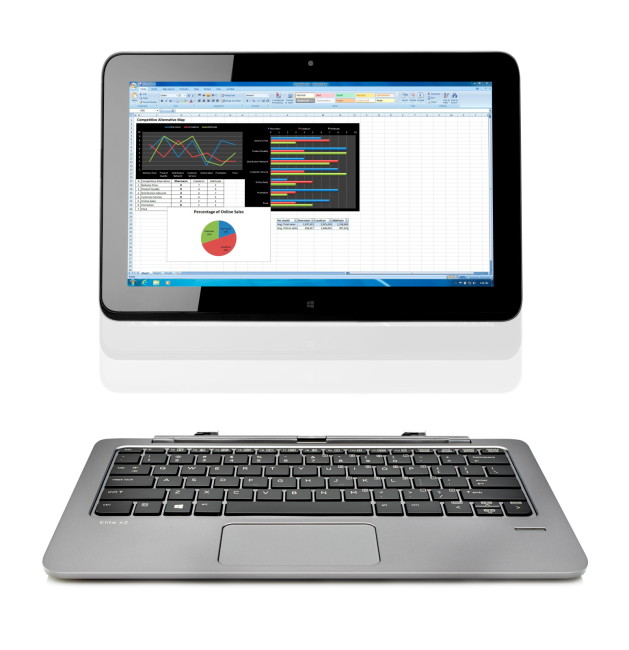 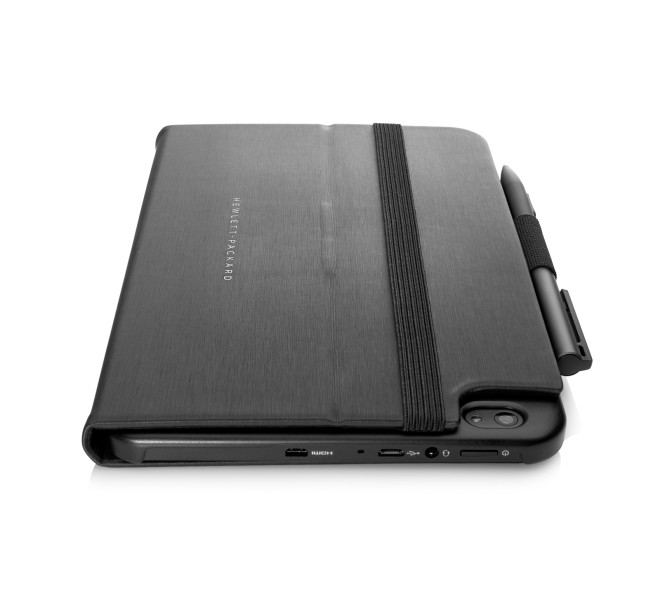 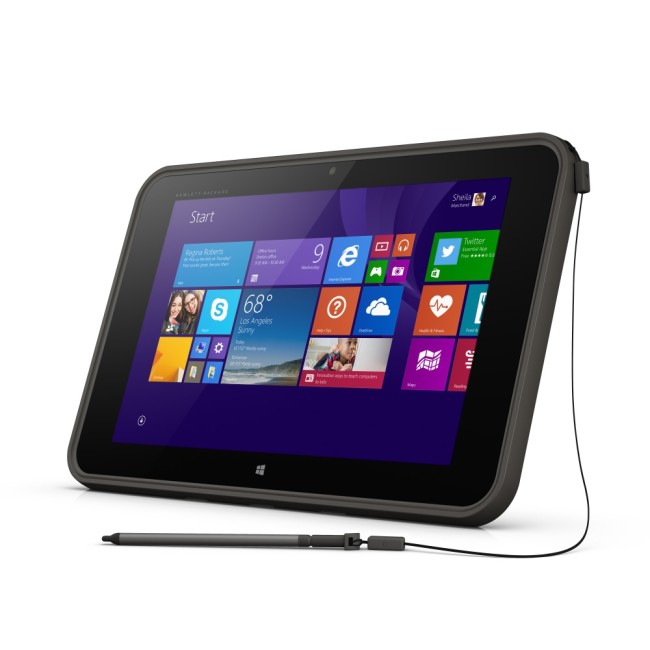 HP Pro Slate 10 EE
The Slate 10 EE is just like the Windows version 10 EE, only that the Slate 10 EE runs Android instead. Otherwise it has the same light-rugged protection, 10.1-inch HD screen, 1GB/2GB RAM, Intel Atom Z3735F/G options, and optional stylus and keyboard. The price is $279. 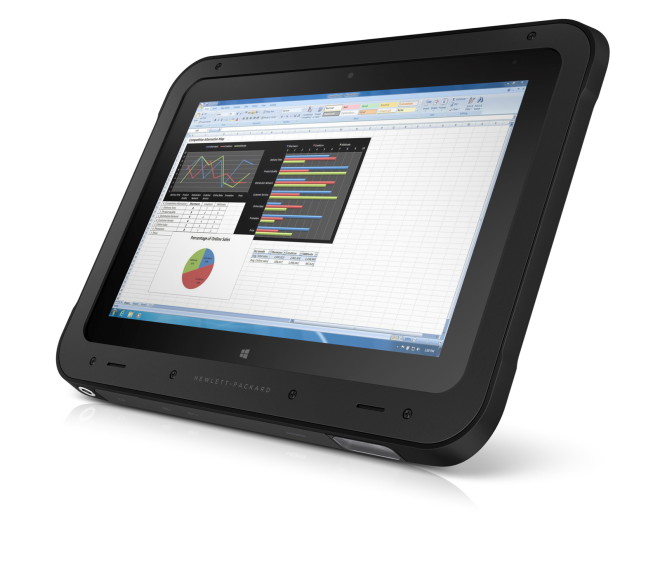 HP ElitePad 1000 G2 Healthcare Tablet
As the name indicates, this is not a consumer tablet. Nonetheless, the surface of this tablet have been given a antimicrobial treatment, it has a 2D barcode reader, and it’s semi-rugged. 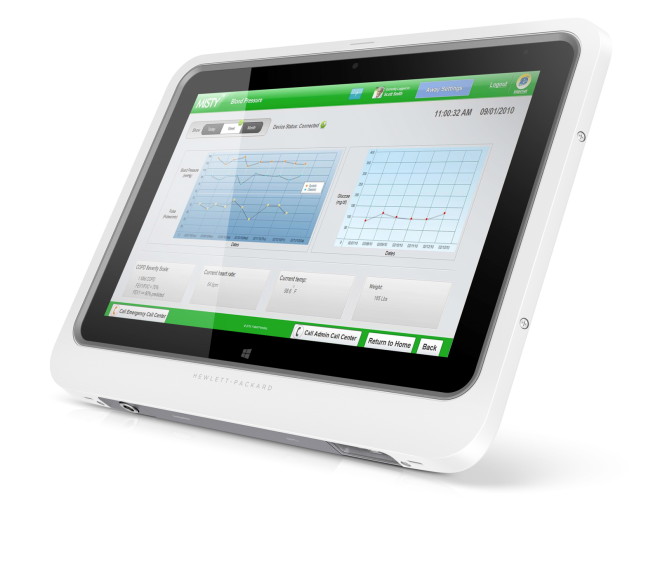