There are phablets, there are tablets, and then there’s All-In-One’s, the latest of which is the HP Slate 17:
http://www.amazon.com/HP-J4W87AA-ABA-17-3-Inch

At 2460 gram it’s not the most convenient tablet to hold in one hand for too long, but as a somewhat cheap new AIO it may be worth a look. The HP Slate 17 is released in October with a launch price of $469. But, this is an Android AIO, so there’s no reason why it should be more expensive either.

Apart from the fresh color option of yellow/gold, it also comes in silver (or Snow White according to HP). Another particular feature are the two separate kickstands on the back of it, which are details that makes it very useful. I like that (see images below). 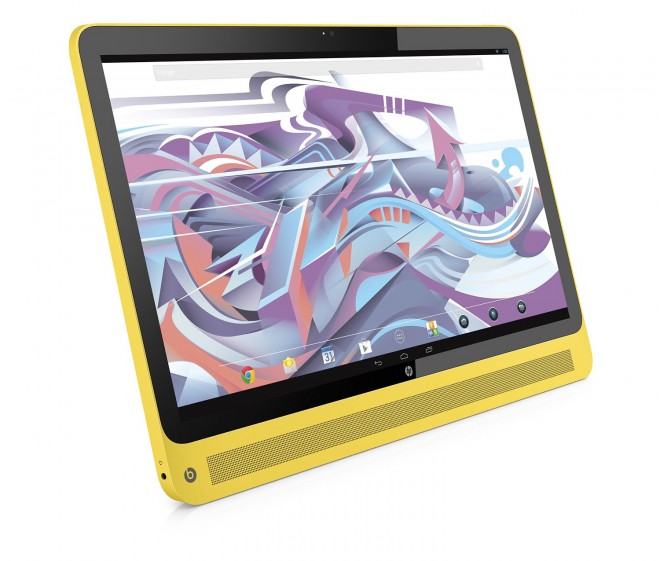 The ports on board are 1 x HDMI port, and 1 x USB 2.0 port. There’s a front camera, and at least it supports 720p video recording. And as you can see, like almost all HP computers these days, it has Beats Audio. 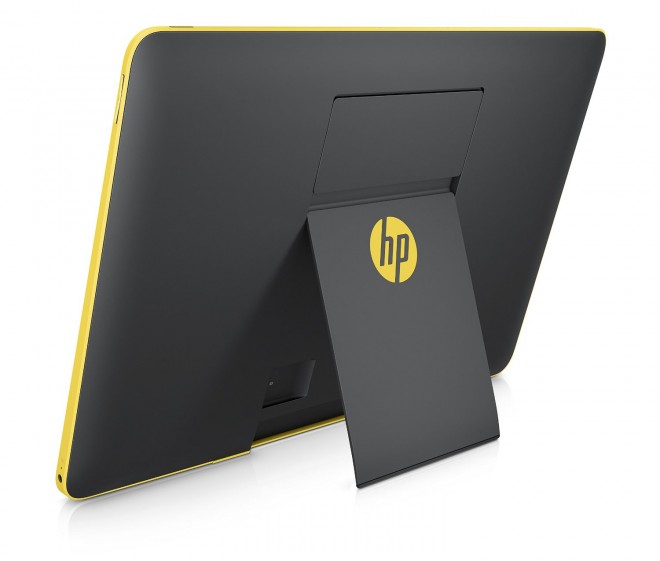 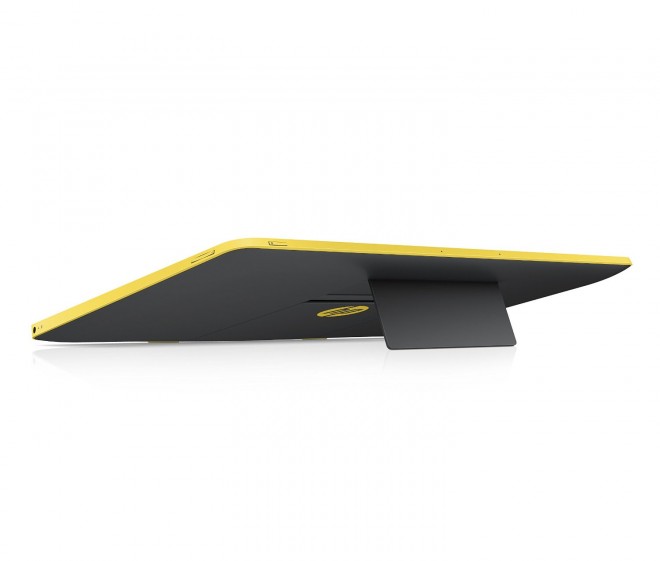 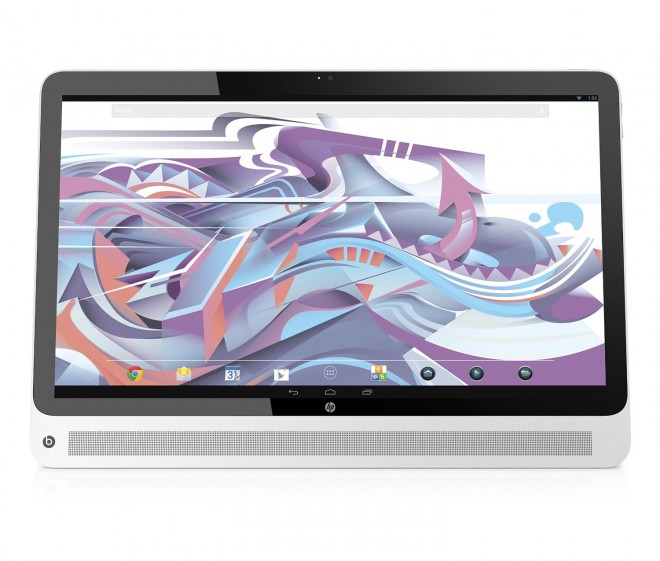