According to Evan Blass of evleaks, the upcoming HP Falcon Windows 10 Mobile smartphone will be marketed as HP Elite x3.

Despite taking up a HP tablet name series, the HP Elite X3 / HP Falcon was benchmarked weeks ago, appearing as a 5.8-inch screen Windows Phone with 2560 x 1440 resolution, probably a Qualcomm Snapdragon 820 processor, 0.9GB RAM, and 43GB of storage.

Those are mixed specs for sure, but at least it will widen the choice of phones, and perhaps put some pressure on the prices of the other Windows phones 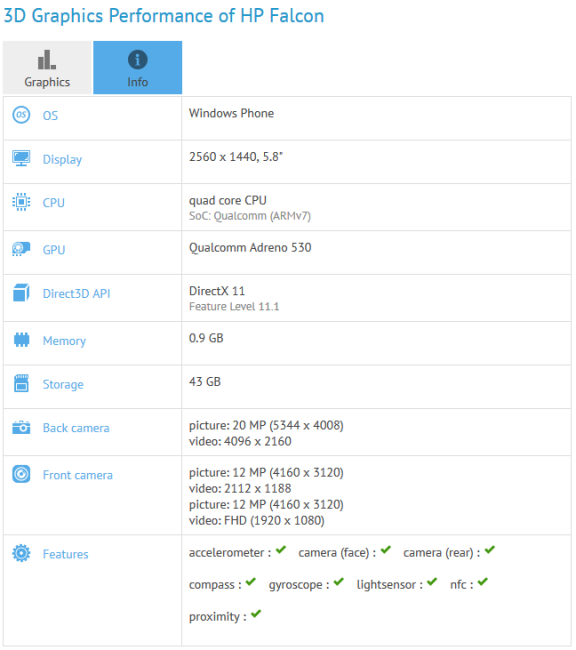