Google Pixel C was benchmarked just a few hours ago, so now we can take a look at some of the specs that have yet to be announced by Google.

And given the timing of the Google Pixel C benchmark today, it looks like yesterday’s rumor concerning the December 8 pre-order date / market unveiling in the Netherlands has substance to it.

The Nvidia Tegra X1 processor had been announced already, but not with all the specific details. The octa-core processor is listed at a frequency of 1.91 GHz, specifically with a SoC as “NVIDIA Tegra X1 (4xCortex A57 + 4xCortex A53 – ARMv8 big.LITTLE)” 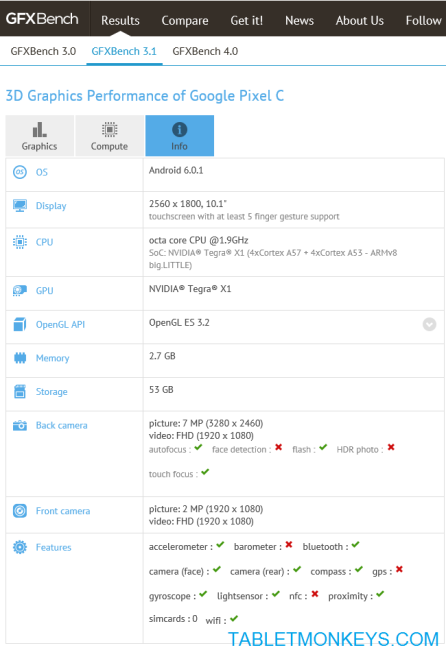 The rest of the specs we had more accurately from before anyway, than the approximate specs listed in todays benchmark. But we didn’t have the actual comparative benchmarks naturally, though we do now. So I included the Manhattan 3.1, ALU 2, and Render benchmarks on this page here.

Main specs of Google Pixel C otherwise include a 10.2-inch screen with 2560 x 1800 resolution, the aforementioned Nvidia X1 processor, 3GB of RAM, 32GB/64GB storage, a USB type C charger, and a optional keyboard. The entry level model costs $499 with 32GB, and $599 with 64GB model, while the keyboard was announced to cost $149 when it starts taking orders. Which may very well be next week now. 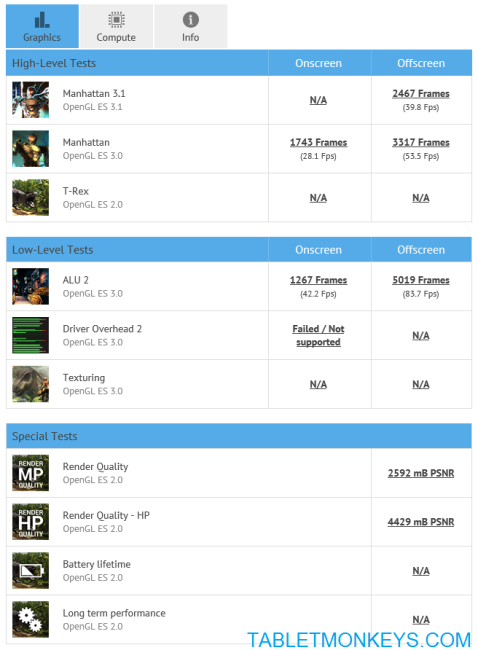 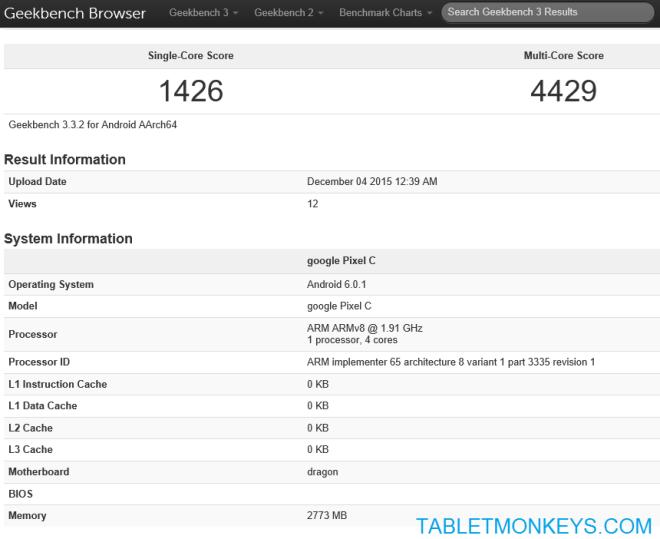 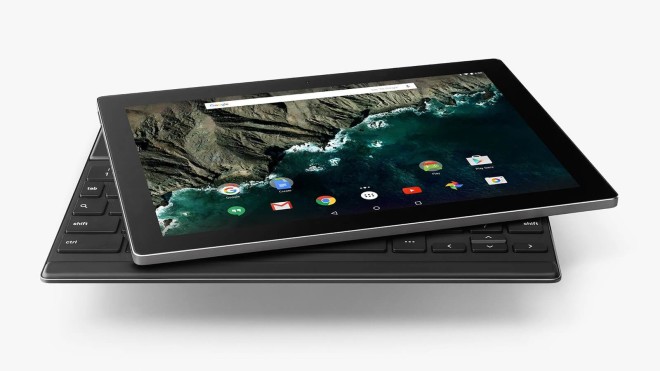