Ever since Microsoft’s huge discount on the Surface RT for Black Friday last week, with a price cut that sent the 32GB version down from $349 to just $199, these tablets have become increasingly more difficult to get hold of. But a lot of people are looking for the original Microsoft Surface now, and here’s where to find them.

There are a couple of options. Unfortunately, it is sold out in Microsoft Store, so the $199 sale on Surface was like a once in a lifetime bargain. But it’s still possible to get hold of them at a lower price than what they have sold for since the introduction of the Microsoft Surface 2, which has been $349. When it launched last year, the Surface sold for $449.

On Amazon there are still a few new ones available

, from around $289.
Another option is a Microsoft certified refurbished Surface. And these are available from two stores.
One shop is Amazon again, where they start at

around $240, so $50 less than a new one.
And the other shop is from Microsoft Store directly, where both the 32GB and 64GB refurbished models are available from $299 and $339 respectively, or these models can be bought with a black Touch Cover included for either $339 or $379 respectively. 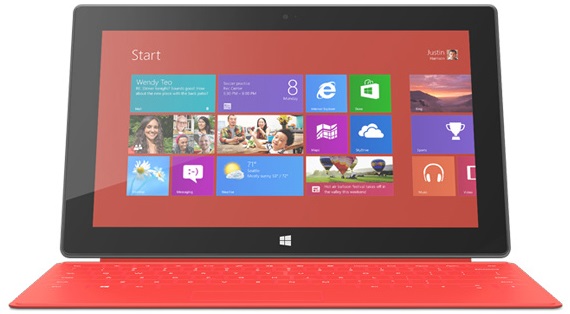 These are all Microsoft certified refurbished Surface tablets, where the only difference is the standard free shipping from Microsoft.