Samsung fansite Sammobile have launched a new rumor on a purported Samsung Galaxy Tab S3 destined for Q1 2017 but without saying where the information comes from or what the specs might be.

So far the only thing they have said is that it has the model numbers SM-T820 and SM-T825 for the Wi-Fi and LTE models respectively. But this is information that anyone can claim to have, so we will have to wait and see if there is any substance to this.

There have been no leaks for such tablets yet though. But that doesn’t stop thousands of websites from publishing headlines for articles that claims to have full specs and even prices already. 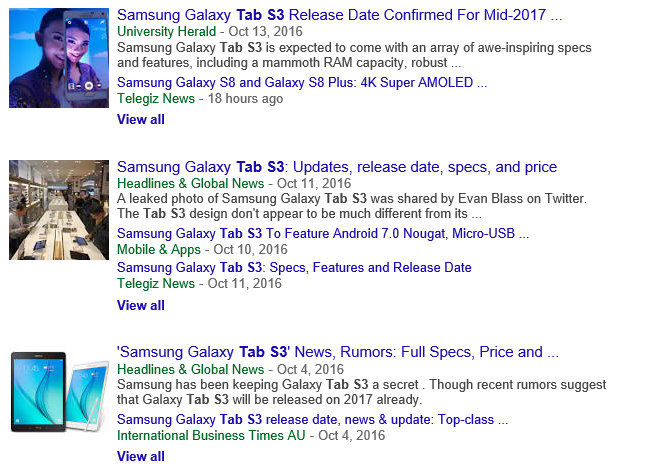 New Samsung S Family Tablets In The Works For...