Fujitsu announced their newest 8.3-inch Windows 10 Pro tablet for businesses today called Fujitsu Tablet Stylistc V535. It will be one of the alternatives to the upcoming new Samsung Galaxy Tab Active 2.

But as an enterprise and industrial tablet it still has the features those tablets needs to and that consumer tablets usually doesn’t have or don’t use much if they have it, such as NFC, 4G LTE from Huawei, a SmartCard shell, or palm vein biometric sensor. Lovers of small bezels may notice the bezels of this tablet, which do not look small by any means. But in the first image, that’s with the palm sensor attached to the actual tablet. 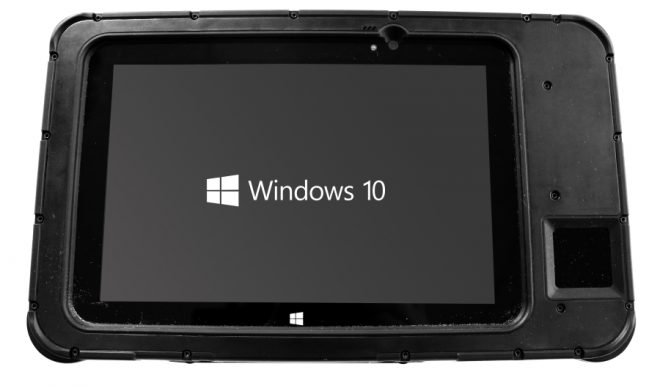 The 8.3-inch screen has a resolution of 1920 x 1080. Fujitsu says that the display is very bright, at 400 nits, but that’s significantly lower than the two newest iPad Pro tablets, so I don’t think Fujitsu should call 400 nits high brightness any longer.

Operating temperatures are from as much as -23.3° to 122° F, which is among the very highest for a tablet computer, and it can withstand drops from 1.2m.