Remember that unknown HP tablet we first wrote about back in October when it was only known as the HP TCP-F135? Well, it’s getting closer to launch, and if this is a consumer tablet it is a crazy looking one, but in a good way.

Known as the HP Bridge in the FCC approval, this tablet does not look like it’s destined for the consumer market at all. Instead it looks like an enterprise tablet that can be easily attached to stands.

Specs are still a little sparse for HP’s new Android tablet, but apart from the Bluetooth 5.0 it was first leaked with, the HP Bridge is now officially declared with Android 10, a Qualcomm Snapdragon 660 processor, Wi-Fi 5, 4G LTE, a 1500 mAh battery that listed as an accessory, a 18W 3A adapter, and as we can see, a rear camera with LED’s. 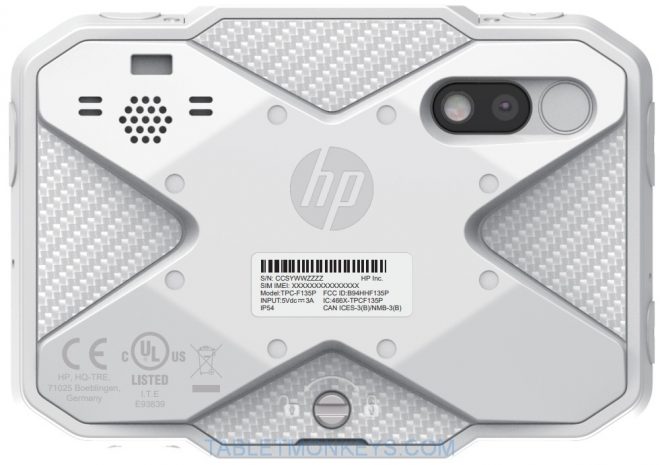 The HP Bridge looks like a tablet that’s intended to go up against retail, enterprise, and rugged tablets such as the Samsung Galaxy Tab Active3, which is now in the process of launching around the world.