The source is the Russian site for one of the Eurasian trade organizations, and what has surfaced are the model numbers Samsung SM-W737 and Samsung SM-W738 on the same trade registry page as other data concerning Samsung and the name Samsung Galaxy Book as the main title for the content.

It would be logical that the new Samsung Galaxy Book 12 II would have these model numbers since the model numbers of the predecessor are in the SM-W720 to SM-W729 range.

That’s all we know so far. Though an upgraded version of the 12-inch Samsung Galaxy Book have been expected since the Coffee Lake processors are desired in this tablet. The current Samsung Galaxy Book 12 also went on sudden sale a little while ago, in an effort that looked like a clear out of inventory, so on sale it’s now possible to get the Intel Core i5 version with 8GB RAM + keyboard for $799. Not bad for a Windows 2-in-1 tablet that was released for $1329 in May last year.

The first leak is only for the 12-inch version so far, with no information on the 10.6-inch version of the Samsung Galaxy Book as of yet. 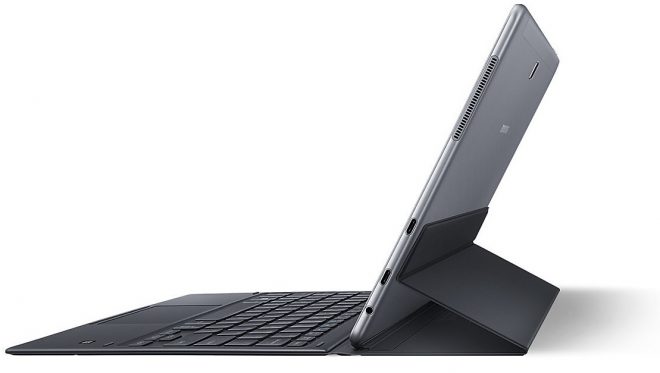