A tablet with the model name SG98EG, property of Jib Wresh LLC has had its first FCC filings published during the last 24 hours.

And given that the company name appears to be a front operation to hide the true identity of the tablet brand behind it, this filing along with some of the other details in it could indicate that the next generation Amazon Fire tablets are on their way.

The timing is “correct” too, since Amazon unveiled their current range of Fire tablets in the middle of September last year.

The device that got its papers published is listed as a tablet computer with 2.4 GHz and 5.2 GHz and 5.8 GHz a/b/g/n/ac Wi-Fi as well as Bluetooth 3.0 and the latest Bluetooth 4.1.

During testing of the tablet, it was tested with a MicroSD card from SanDisk, which could indicate that the tablet will get a microSD card expansion slot for a cheap way to upgrade offline storage, though there is no guarantee. 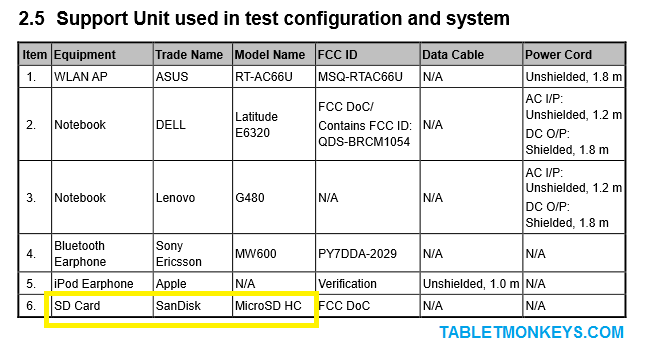 MicroSD card from SanDisk used during the SAR test 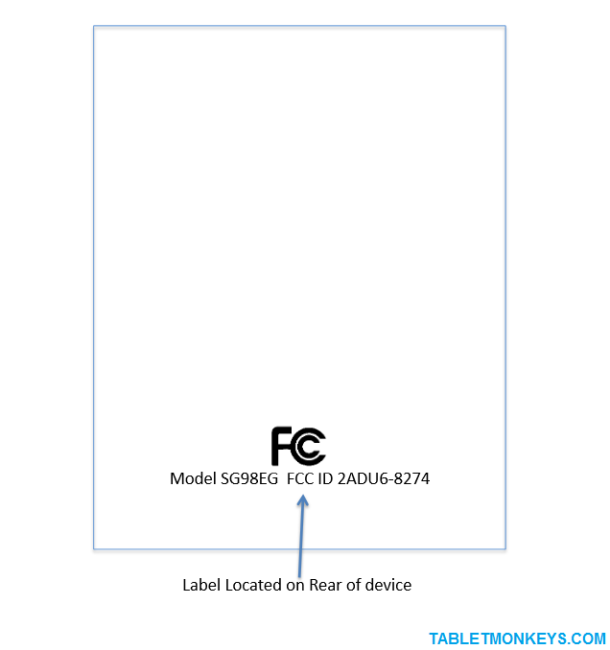 Label for the tablet