The Cyber Monday tablet deals for 2017 have been fewer than in previous years, with some brands such as Acer and Asus pretty much being absent on the market. But then again, the whole of November have seen more sales than usual too, so some tablets have already been on sale before the end of November sale campaigns.

But for today, and in some cases for the rest of the Cyber Monday week, here are the links to the Cyber Monday tablet deals as well as sales on 2-in-1 tablets, even if they are further between this year.

Amazon
Cyber Monday deals on tablets from Samsung, Huawei, Lenovo, Surface Pro and of course all of their own in-house Fire tablets. 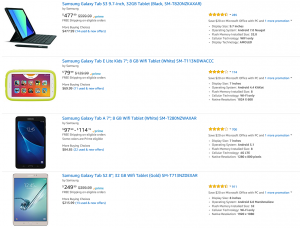 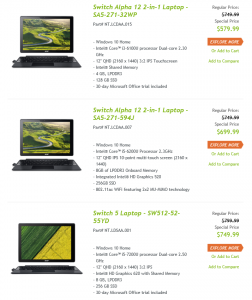 Lenovo
The closest to a tablet is one of the 6-inch phablets, but apart from that, Lenovo’s Cyber Monday deals are in convertible notebooks, although some of these have touchscreen and pen support too, bringing them closer to the tablet category.

HP
There’s quite a lot of HP Cyber Monday deals, but not on any of their tablets or 2-in-1’s, only their other computers and accessories.

Microsoft
There are now Cyber Monday deals on Surface Pro and Surface Laptop. In addition to that, there’s Cyber Monday Xbox deals and on other gear sold through Microsoft Store. 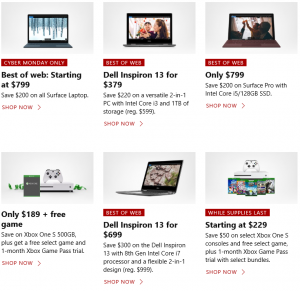 Chinese stores operate with a different Cyber Monday deals approach, with more focus on the first few days of the Cyber Monday week instead

Gearbest
Lenovo, Xiaomi, Teclast, Yepo, Voyo, and MSi are the brands on sale for Cyber Monday. 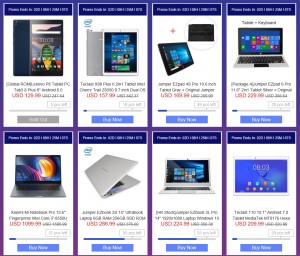