The Cube Mix Plus shares the name with a 12-inch version too, so that can be a bit confusing. But the tablet we are dealing with here, is the new 10.6-inch version that succeeds the very popular Cube i7, the cheapest Intel Core m tablet with digitizer support, which have been hovering at around $300 for a long time now.

Cube Mix Plus 10.6 is powered by the Intel Core m3-7Y30 “Kaby Lake” processor, so just like with the predecessor, that is the main attraction. But it also features specs like USB 3.1 Type-C and micro-USB 3.0, 4GB of DDR3 RAM and 128GB of SSD storage with 128GB microSD card support to make it desirable. 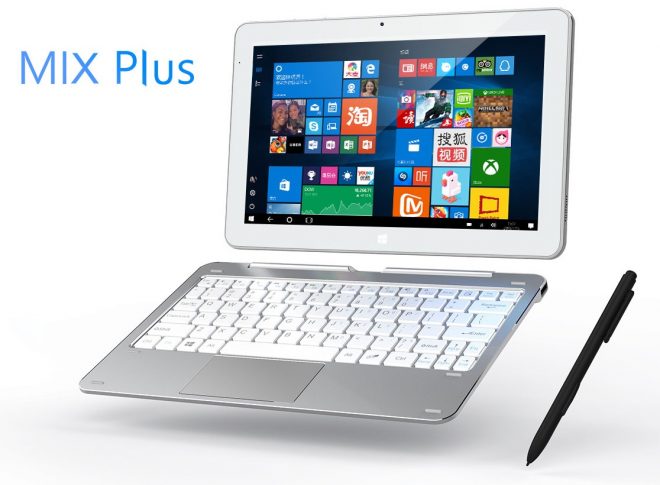 The 4300-4500 mAh battery capacity with an estimated 4 hour battery life won’t be to everyone’s liking though, so that’s something to be aware of. As for dimensions, the Cube Mix Plus 10.6 is 9.6 mm thick and weighs 700 grams.

The optional keyboard can be used to set it up in tent mode, and it connects with pogo pins to the tablet, and also adds two additional USB ports.

It hasn’t been benchmarked yet, but it should perform at about the same level as the Dell Inspiron 3179 which is a 11.6-inch Windows 10 touchscreen revolving notebook powered by the same Intel Core m3-7Y30 “Kaby Lake” processor and 4GB of RAM. It has a Geekbench 4 score of around 3200 in single-core and 5600 in multi-core.

Cube Mix Plus will be released with the tablet first after December 12, and then the keyboard and digitizer pen later, probably within January 2017. 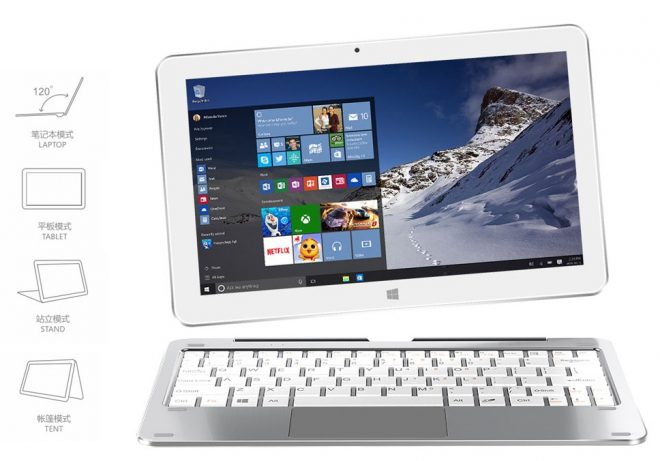 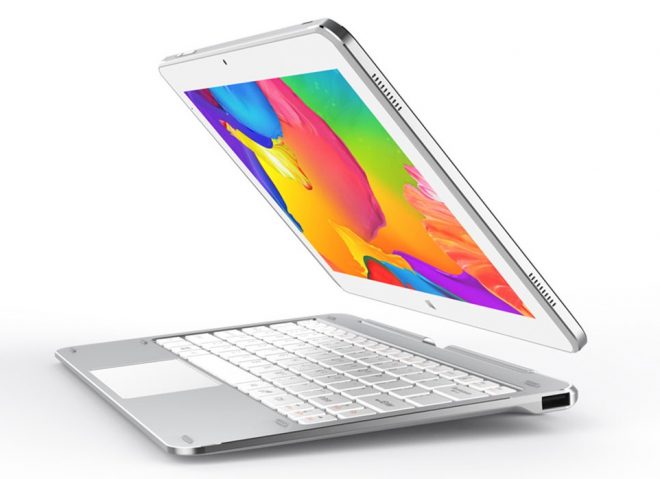