The Chromebook app CrossOver Chrome OS in beta, was officially launched for regular download on Google Play yesterday, and it is one of these software that enables you to run apps from a different OS than the one you are running on your computer.

And in this case, to run Windows apps on a Chromebook. But like with all of these software, it has its limitations, and definitely doesn’t cover all Windows apps and software, but it’s a neat start.

System requirements for the CrossOver Chrome OS Beta demands a Chromebook with an Intel processor, Google Play enabled, Android 5.0 or newer, 2GB of RAM, and 200MB of free storage. 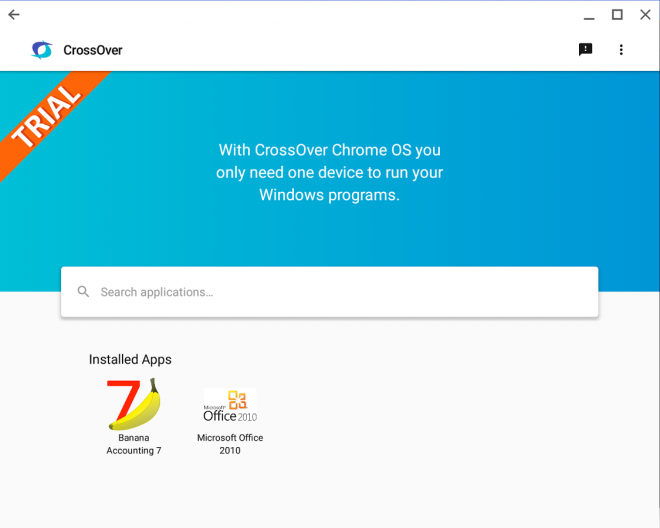