The Microsoft Surface Mini was cancelled in 2014, but since then we have still had specs, comments, and images about it leaked unofficially. And now Evan Blass of Evleaks have posted 3 new press images of a red Surface Mini along with the purported specs for the two versions of it.

The main flaw with it would have been the Windows RT, and it also seemed underpowered considering that it was a tablet from Microsoft itself. Though not so underpowered it would fail because of it, since these specs are for a 2013-2014 tablet after all, at a time when 7-inch Windows tablets like HP Stream 7 made do with 1GB of RAM.

The best thing about the Surface Mini would have been the 7.5-inch screen with 1440 x 1080 resolution and 4:3 aspect ratio, the novelty of a built-in kickstand on a small tablet, Dolby front facing stereo speakers, Office included with the tablet, and the Surface Pen and pen support, which has been a rare treat on small Windows tablets, with the Asus VivoTab Note 8 being the exception. 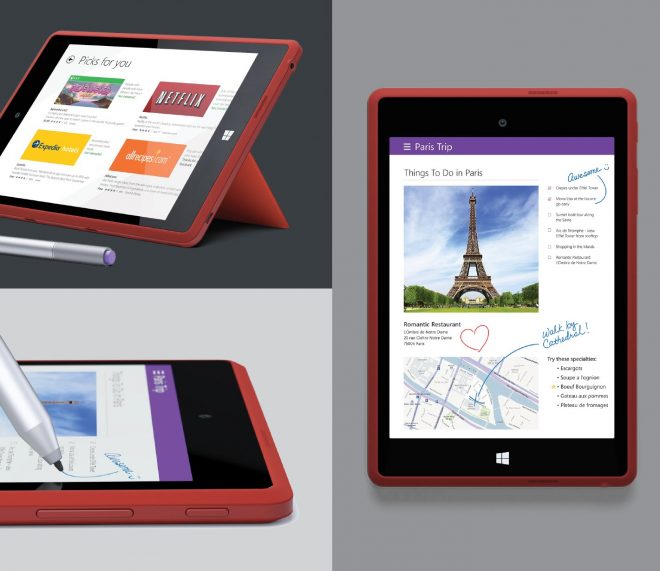 The processor was the Qualcomm Snapdragon 800 (MSM 8974) processor which would have performed better than the Intel Atom bay Trail processors at the time, with model options of 1GB or 2GB of RAM.

Surface Mini color options were red, blue, and black, with a thickness of 8.89mm, and a weight of 362 grams. So one of the last remaining unknowns now is what the intended price of the Surface Mini was.