Samsung haven’t announced it yet, but since last week it’s been adding a new Bluetooth keyboard to its website across the world, called Samsung Smart Keyboard Trio 500.

It’s not as thin as Apple’s wireless keyboards. Instead it’s a little thicker in the backend, so that it slopes forward when a user hits the keys.

It has 79 keys, including a few hotkeys as well, but first of all for Samsung’s ecosystem of One UI 3.1.

Specs for Samsung Smart Keyboard Trio 500 are just Bluetooth 5.0, for a keyboard that’s powered by AAA batteries, with a weight of 412 grams, and black or white color options. 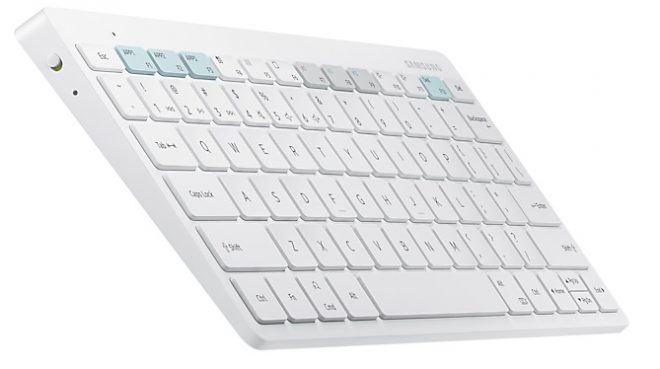