But other tablet brands are already on sale from Samsung and Microsoft as well as from other stores. Microsoft will also join the Black Friday Week in Microsoft Store, with new deals coming online each day, including the dual-screen Surface Duo which will be on sale on Sunday with $200 off.

Samsung Galaxy Tab A7 10.4 on sale for $149.
The brand new Android 10 tablet with 4 speakers and 2000 x 1200 Full HD display is on sale even though it already sold like hot cupcakes before it went on sale. Launched in September for $229. A keyboard cover will be launched for it next month too. With such a low price, this tablet is for sure the tablet deal of the year. 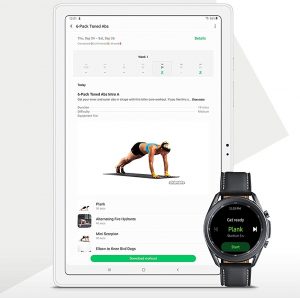 Apple iPad mini with record low price of $335.
The powerful pocket rocket with enough power to shame a laptop, that can now even be turned into a 2-in-1 iPad with a keyboard is $64 off for the 64GB model, and $69 off for the 256GB model. 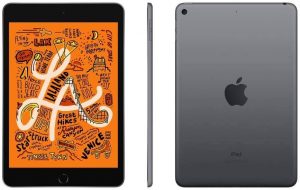 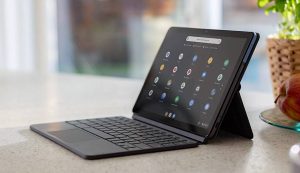 Samsung Galaxy Tab S6 Lite $249 through Black Friday Week.
This popular 10.4-inch tablet with included digitizer pen and good overall specs, makes for a good productivity tablet without costing too much now that it’s $80 off. 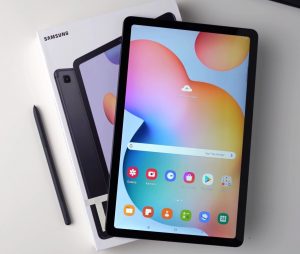 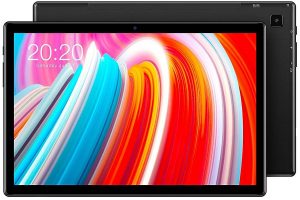 Apple iPad Air BlackFriday sale from $569
The recently released iPad Air 4 is very powerful, so combined with a keyboard, it has the same power and more usefulness than a Windows laptop at twice the price. 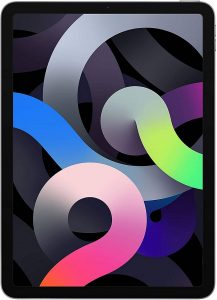 Samsung Galaxy Tab S7 on sale for Black Friday for $549.
That’s $100 off an 11-inch tablet that the most powerful Android tablet in the world together with the larger version of it. Has optional keyboard cover too and digitizer support. It’s the highest rated tablet in the world right now for a reason. 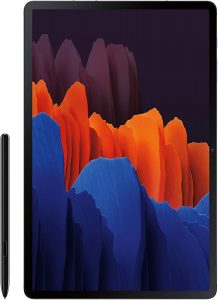 Samsung Galaxy Tab S7+ is $100 to $150 off for Black Friday Week.
A 12.4-inch Android tablet that’s the fastest and most powerful Android tablet on the market, and the best equipped too, featuring three cameras, quad speakers, and a large screen that makes it a very mobile 2-in-1 tablet for those who buy the keyboard too. 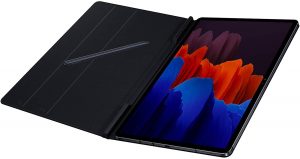 Apple iPad 10.2 $279 during Black Friday.
Best Buy cuts the price by $50 for the upgraded new iPad 10.2, on all the color options. Compatible with both the Apple Pencil and the new keyboard. 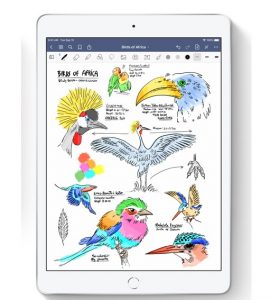 Microsoft Surface Pro 7 is also up to $330 off.
This Black Friday tablet deal is for optional bundles where different itmes, such as the keyboard can be included (or excluded if you don’t need one). 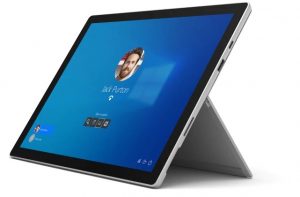 Microsoft Surface Book 3 from $1299.
The 13.5-inch and 15-inch Windows tablets with keyboard included are typically never on sale, so this Black Friday is one of those rare opportunities to save up to $300 on the Surface Book 3. 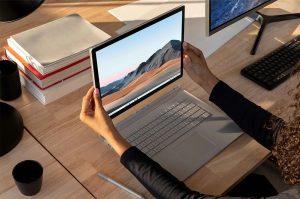 Surface Duo $1,199 through Back Friday Week.
The dual-screen tablet / phone which runs Android 10 is on its first sale ever for Black Friday, with $200 off both versions. 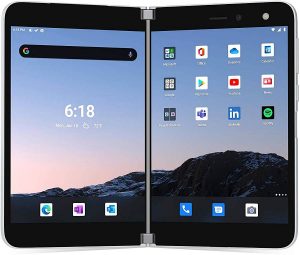 We will continue to update the Black Friday tablet deals page every day until Saturday next week, and we hope we can find you the deal you’re looking for. And we will only post deals that are actual price Black Friday price cuts, and only on tablets that have the latest updates or are otherwise fit for buying.