The Nintendo Switch passed a milestone early in December after as many as 10 million Nintendo Switch tablets had been sold. Certainly not a bad figure for a tablet that was launched months after Christmas last year, with the release date being March 3 this year.

So with sales figures past ten million, it’s no surprise that an increasingly large selection of Nintendo Switch accessories keeps being added at regular intervals, and games too at even tighter intervals. And one of those games are the 1 – 2 player game Bayonetta 2 for Nintendo Switch, where Foxy started taking orders today ahead of the release date set to February 16, 2018.

Two new Nintendo Switch accessories also started taking orders right now, with these being the new Surge Compact Adjustable Console Stand with an underneath 12 cartridge game library where users can also play while it’s connected to the charger. It won’t be launched before March 1 2018, but there are other stands available so that’s really not an issue. 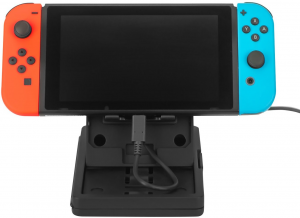 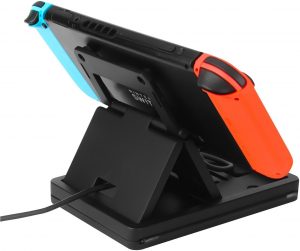 Another new Nintendo Switch accessory also not getting launched until 2018, is the Retro Fighters Combo Gamepad in neon blue, though it will at least hit the market in January. It has gyro motion functionality so it’s a nice alternative to the the Gamewill wired controller for Nintendo Switch. For some reason it even has a swappable micro-USB cable for those that are really picky, either about length or other aspects of the cable. 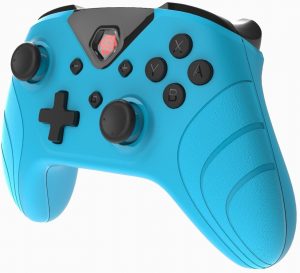 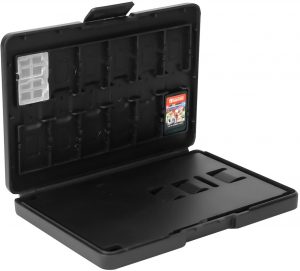 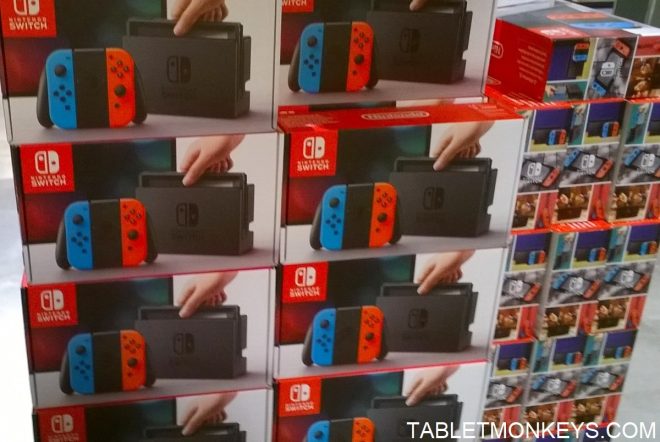