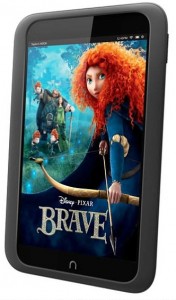 (UPDATE: The price has been cut to only $129 since this article was published.)

Barnes & Noble launched Nook HD today. A successor to the previous 7-inch Nook Tablet, this is a lightweight tablet, offering a smooth performance and high resolution at a very low price, making the Nook HD a fresh new tablet worth considering.

We knew about the spec rumors for the Nook HD several months ago, so the high PPI is no surprise, but of course no less welcome because of it. And what is great to see is that this radically improved and class leading screen resolution comes seemingly without additional cost.

Nook HD Highlights
The first things that makes the Nook HD stand out is its low weight, measuring in at only 315 gram. So despite having gained better technology, it has lost 75 gram from its predecessor, the 400 gram Nook Tablet. It’s also 25 gram lighter than the Nexus 7. In addition it has a soft rubber back, and terrific grip and bezel design which makes it more comfortable to hold.

Secondly, but probably more interesting is the screen of the Nook HD.
The 7-inch dispaly with 1440 x 900 pixels has a 243 PPI (pixels per inch). That’s the world’s highest-resolution for a 7″ tablet. In addition the screen is laminated differently than the previous Nook, which gives the Nook HD low-glare and wide viewing angles. The 243 PPI becomes immediately visible once you open an ebook or browse the web, by displaying very sharp text. If you’ve ever surfed the web on a tablet or smartphone you can imagine how important this is.

Barnes & Noble immediately pointed out again and again that there are no screensaver ads on the Nook HD, unlike Amazon’s somewhat controversial new ads on the new Kindle Fire tablets (which disables for a $15 fee).

The third highlight is that the new Nook HD is powered by a 1.3GHz OMAP 4470 CPU (processor), which makes it faster than both Google Nexus 7 and the 7-inch Kindle Fire HD 7 by Amazon.

Features
The features are the same for both Nook’s. See more details about their features on the HD+ page.

In addition to unveiling the Nook HD and Nook HD+, B&N also launched a new feature today called NOOK Video.
Nook Video gives the NOOK access to TV-shows and movies like that of Amazon and iTunes.

Lik a few other new tablets released recently, the new Nook has a “Personalized Tablet Experience”, which is in essence the same as user profiles on Windows computers. This feature supports up to six profiles, where each profile can be customized and limited by the administrator/owner of the tablet. It will control everything from content access to decide what kind of personalized recommendations that will appear, based on the user behaviour that B&N is learning from.

As a media consumer tablet, the Nook HD offers a lot of bang for the bucks here.
It was reflected in the stocks of Amazon, which went down today while shares of Barnes and Noble went up. 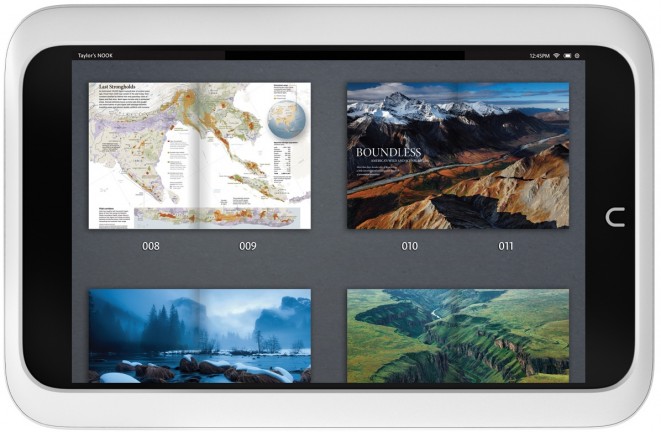