The 11.6-inch 2-in-1 detachable Windows 8.1 tablet Asus Transformer Book T200TA have started taking orders on Amazon.com, even if it hasn’t been officially released in the US yet:
http://www.amazon.com/Transformer-T200TA

(UPDATED: An upgraded Asus Transformer Book T200 with Intel Z3795 processor and 4GB RAM was released in the US on October 6.)

So as we can expect, the pre-launch price is a little higher that it should be once it’s officially launched in the US, which isn’t that long away now either. Sold through Amazon Marketplace the price for this early offer is just over $600.

But this is also for the Asus Transformer Book T200 model with 32GB storage in the tablet and a 500GB hard drive in the keyboard. This is also the blue edition of this tablet. 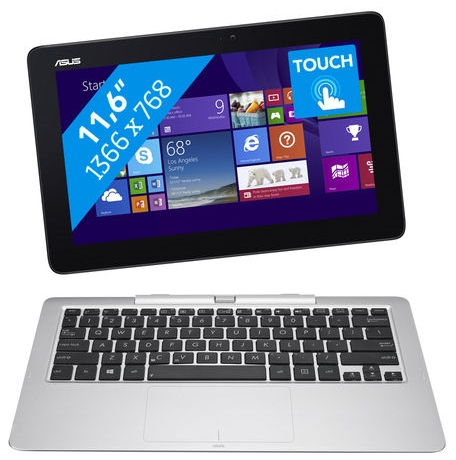