Asus announced an ultra-portable gaming laptop 6 weeks ago called Asus ROG Zephyrus GX501, and now it is in store as promised ahead of the upcoming July launch. Ultra-portable gaming laptop sounds like a contradiction in terms, since gaming computers require hardware that also equates to a large size and heavy weight, but the Asus ROG Zephyrus GX501 tries to step out of that tradition. It’s fitting then, that the Zephyrus GX501 aso has a design that makes it stand out: https://www.amazon.com/ASUS-GX501VS

It may not be everyones choice for a keyboard layout or overall laptop design, but it has to be said that many of the things work for their intended use, and it’s always cool that manufactuers dare to try something new, like the illuminated trackpad with numpad on the right side, the design of the keys with the QWER and WASD zones for MOBAs and FPS games, and other features designed for ease of access and speed.

To help this gaming laptop cool down, the bottom of the laptop will life itself up by 6mm when the lid or screen is opened. This is to suck more air in, which then goes to the blower, radiator, and heatpipe. The fans have specially design blades that are made to be as thin as possilbe, which in turn increase airflow on each rotation. 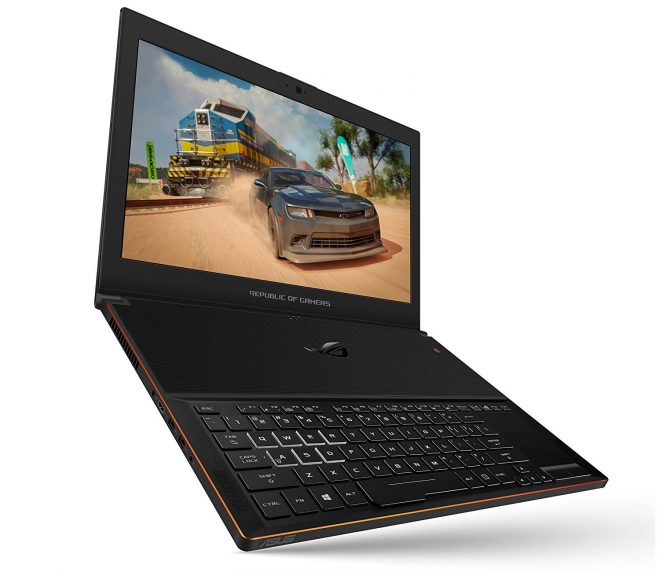 It’s powered by a Kaby Lake processor, but not just anyone, as it has the Intel Core i7-7700HQ version. The all-important GPU is the NVIDIA GeForce GTX 1080 graphics, chosen because it fits the ultra-portable design. And the RAM is up to a maximum configured 24GB of DDR4 2400 MHz RAM.

The 15.6-inch display is most noteworthy because of refresh rates up to 120Hz, but only 1080p resolution though, since this is still a gaming computer. So the coolness factor is very high with this laptop, and it’s a fitting additon to the rest of the impressive new laptops from Asus coming out in the near future. 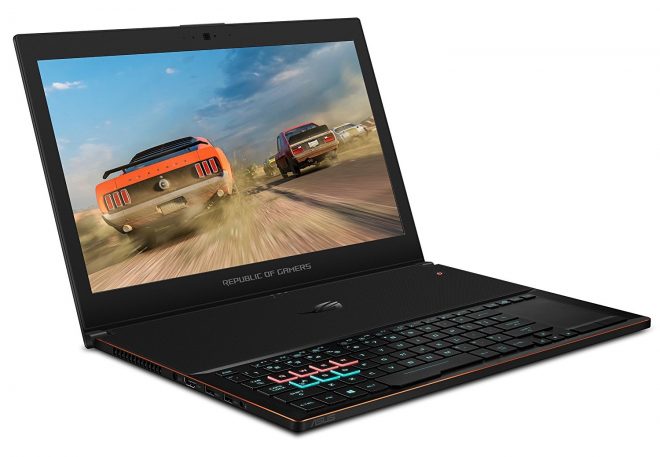