Asus didn’t disappoint when they revealed the specs for the Windows 11 gaming tablet Asus ROG Flow Z13 at CES 2022: http://www.amazon.com/dp/B09RMPV2110

As of today, this is the most powerful Windows tablet there is, or at least if it had launched already. 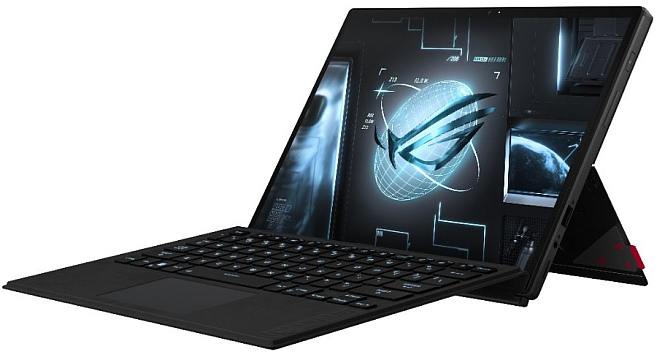 All three models feature 16GB of 5200 MHz LPDDR5 RAM, with the top model featuring 1TB of SSD storage, and the other two 512GB of storage.

As you would expect, the Asus ROG Flow Z13 tablet has a Thunderbolt 4 port, as well as a ROG XC Mobile Interface for those accessories, a USB A 2.0 port, a USB C 3.2 port, a 3.5mm audio combo jack, and a microSD card slot. 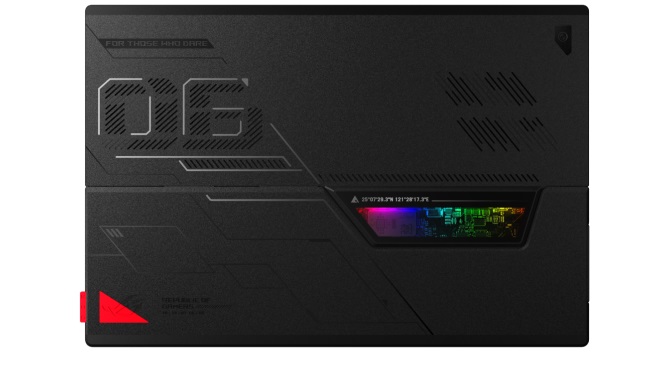 This tablet obviously needs some serious electricity, so it’s equipped with a 100W AC adapter, and a 56WHrs battery

Other thing we get on this Windows gaming tablet includes Wi-Fi 6, BT 5.2, a 720 and 8MP camera, a 170 degree adjustable rear kickstand, a partial see-through rear cover, dual Smart Amp speakers with Hi-Res audio, 3 array mics with AI noise cancelation, digitizer support, and a fingerprint reader in the power button.

Th weight is 1120 grams for the entry level model, and 1180 grams for the top model. And considering the incredible power inside, the tablet had to become 12mm thick, which is actually pretty good for this sort of hardware which had to be cooled with a vapor chamber cooling system.

The keyboard weighs 340 grams, is backlit, and is also the first tablet keyboard to feature RGB.

Is this tablet heaven or what? Asus has taken tablets up a notch with the Asus ROG Flow Z13, which is something all tablet computer fans and user will benefit from over time. The entry level model is expected to launch from $1699, but this will depend on the bundle. So we’ll get back to that subject before it’s launch time.