Apple iPad Pro 9.7 was unveiled by Apple today, as a Pro version of the iPad Air 2 in addition to featuring technologies that are based on the iPad Pro 12.9, only with a few newer technologies.
http://www.amazon.com/iPad-9-7-inch-32GB-Wi-Fi-Model/ 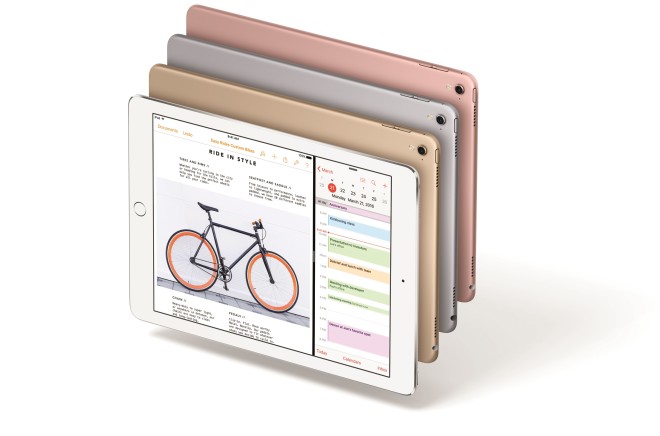 Main technological changes over the iPad Air 2 are a faster and more powerful 2.16 GHz Apple A9X processor, 4 speakers with one speaker in each corner which will adapt to the direction you are holding it in, a 12MP rear camera with 4K video recording (3840 x 2160 resolution) and LED flash, a new 5MP front camera with display flash, screen support for the Apple Pencil stylus, and a Smart Connector just like on the iPad Pro 12.9.

As an accessory, Apple designed an optional Apple Smart Keyboard for this tablet too.

iPad Pro 9.7 has a 10 hour battery life. And in addition to these new specs, it is also launching with iOS 9.3 which was also launched today on March 21.

New technologies also includes the new True Tone display that adjusts white balance according to the background, a brighter display, and a 40% less reflective display than before.

Model storage options are 32GB, 128GB, or 256GB models either as Wi-Fi only or with optional 4G LTE, and all models now comes in 4 color variations of silver, gold, grey, or gold.

The new iPad Pro 9.7 is a very good tablet that offers a lot in every aspect of a tablet computer. 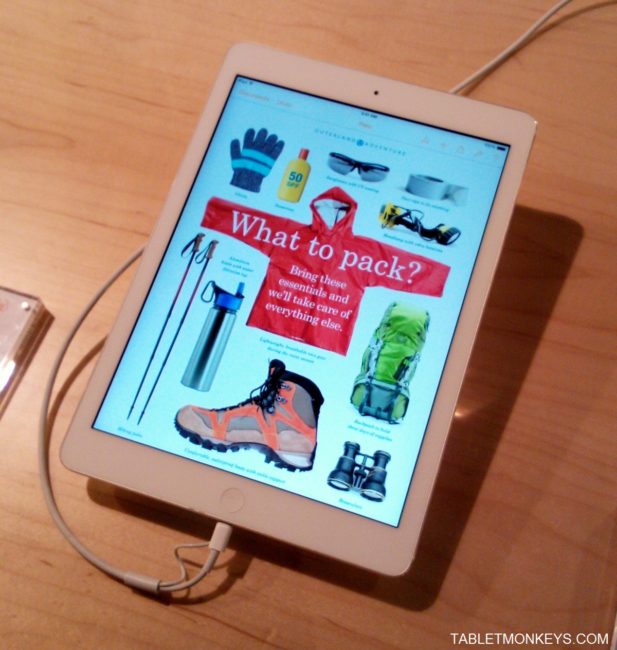 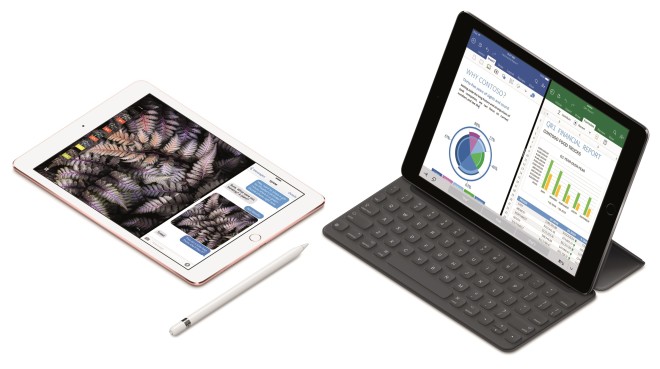 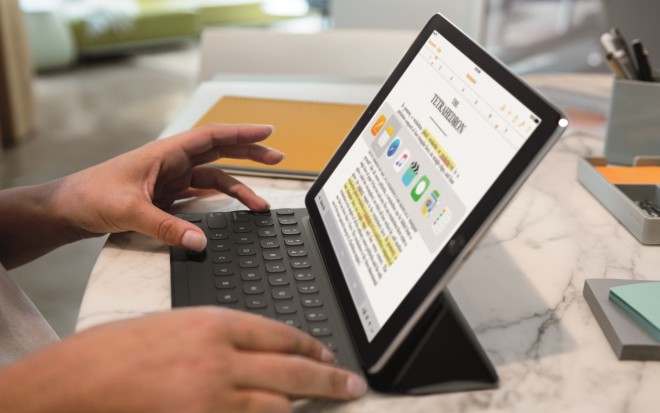