A Phoenix OS tablet have just launched, and it’s the Onda V10 Pro which comes with Android 6.0 and Phoenix OS installed on it, in dual-OS format. The hardware specs are very good for the price, so that just leaves the question of the execution of it and how the Phoenix OS works this time around. http://www.geekbuying.com/item/Onda-V10-Pro

So the hardware specs starts with a 10.1-inch screen from SHARP with an impressive 2560 x 1600 display resolution, while it’s powered by an often used 2.0 GHz quad-core MediaTek MT8173 processor. This processor achieves better benchmark scores than Intel Atom processors too, and it is supported by the PowerVR GX6250 GPU.

Other Onda V10 Pro specs are good to, I mean I was surprised to hear that it has dual-band 2.4 GHz and 5 GHz 802.11 b/g/n/ac, as well as an 8MP rear camera with 1080p recording and 2MP front camera. Not only that, but this is the cheapest tablet I have seen with a fingerprint reader too, located in the home button

This tablet has a micro-USB port, a micro-HDMI port, a 3.5 mm audio combo jack, a 6600 mAh battery, Bluetooth 4.0, g-sensor, light sensor, GPS, and hall sensor, a DC charging port, and a docking port too so that it can be used with its own suitable keyboard.

It should have a solid exterior since it has a metal body, while it’s 9 mm thick, with a weight of 576 grams.

Phoenix OS is an alternative to Remix OS, for those looking for a desktop mode Android. When it was first unveiled at the start of 2016, it had a few bugs, but it seemed like a very likeable idea, so I’m very much looking forward to seeing how Phoenix works now, and on this tablet in particular.

For a review of Phoenix OS, check out Liliputing’s Phoenix OS test from early 2016. 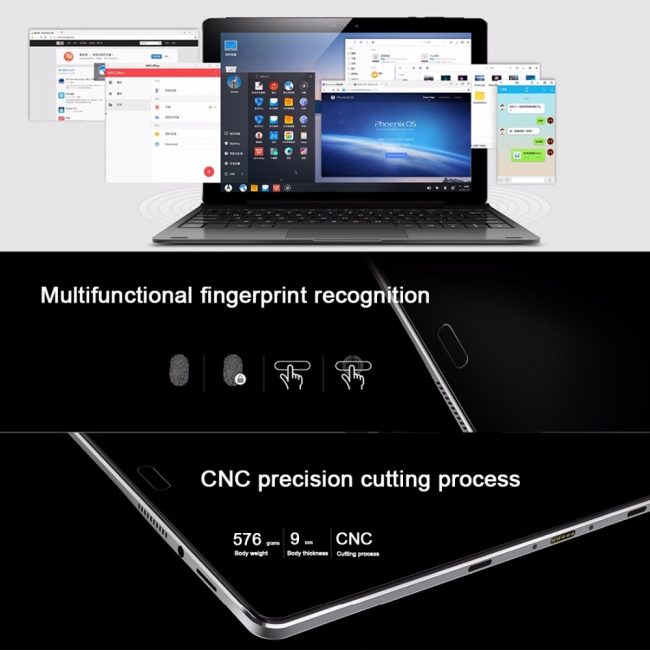 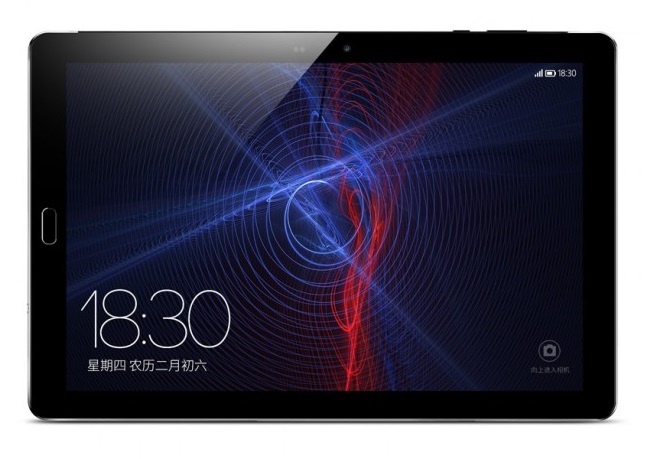 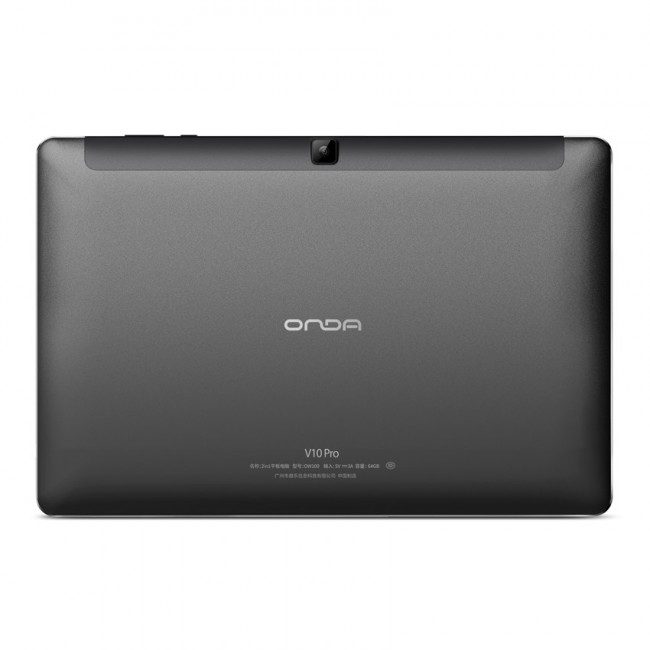