Amazon Fire is Amazon’s cheapest own tablet at just $49.99, unveiled on September 17 with a September 30 release date in the US. There’s been some uncertainty about the name, but the official name is “Amazon Fire” for this tablet, though other valid names are simply Amazon Fire 7, the 5th generation Amazon Fire 7, or the $49 Amazon Fire tablet. But for the purpose of clarity I’m going to go with official Amazon Fire name for the rest of this article, for this tablet: http://www.amazon.com/gp/product/B00TSUGXKE/

So, who is the Amazon Fire for?
With a price of only $49, this is a tablet that can be used in a lot of other ways than one would normally think of using a tablet. For one, the threshold of giving away a tablet as a gift to someone who might not be that much of a tech geek is suddenly a lot more appealing. Especially since it’s an Amazon tablet that has pre-installed apps that gives direct access to various media content on Amazon, as opposed to the somewhat more challenging operation of installing apps and finding content on your own and putting it to use with a regular Android tablet.

And if they don’t use the tablet that much, then at least you didn’t blow iPad money on a tablet that’s mostly just laying there. But if they want help with using the tablet, it has the Mayday Button with 24/7 live online help from Amazon, now with Mayday Screen Sharing that makes it easy to learn how to use any feature of the tablet.

Most other uses center around the price, whether it’s a tablet used on the go, at home, with the family, or even in businesses. 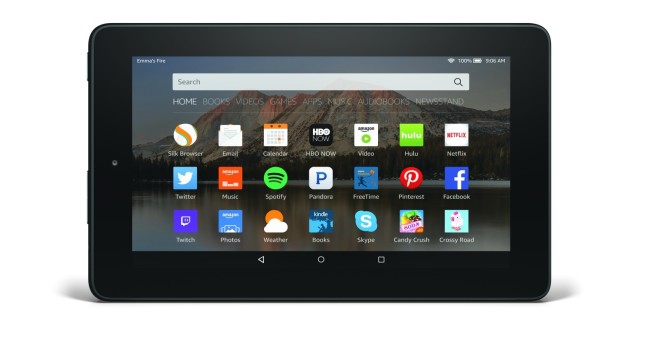 The best thing about the Amazon Fire tablet is the price, and the build quality should still be good despite the price. The quad-core 1.3 GHz MediaTek MT8127 processor is also good, and it has the Amazon ecosystem ready to launch via the Android 5.1 based new Fire OS 5 user interface, which is now upgraded with new services and a more logical way of sorting content into media types.

One of the new features is the On Deck for Prime members, which downloads related content to the Fire tablet automatically so you’ll have something new to watch when you find yourself offline. It will for instance download a movie automatically for you if you have any allocated space left on the tablet, but it will also delete the movie automatically if you need space on the tablet or the microSD card for something else. Amazon Fire is a one-option 8GB of storage tablet, but you can expand with cheap microSD cards all the way up to 128GB, so storage capacity isn’t really an issue anyway.

The new Amazon Underground app store/applworld is also unique since it’s like a Disneyland of apps and features within apps and games to get lost in. And there are many, many other features and services that comes along with the Amazon Fire and Fire OS 5, varying to some degree by what other Amazon services a person subscribes too. 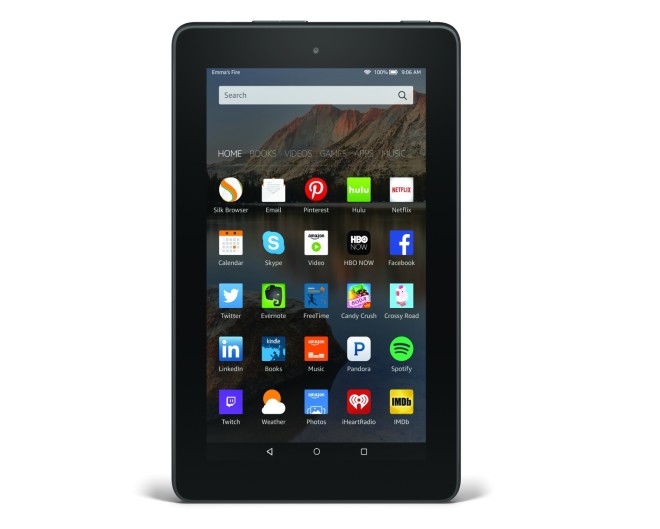 So like with all Fire tablets over the years, the Amazon ecosystem is very much what a Fire tablet is about.

But specifications wise, there is not hiding that this is an entry level budget tablet. In brief, the specs for the Amazon Fire are a 7-inch screen with a 1024 x 600 resolution wide-angle IPS display, giving it a ppi of 171 (pixels per inch), which is still higher than for instance 1280 x 800 resolution on a 10.1-inch tablet, which amounts to 149 ppi.

7-inch Android tablets in Q3/Q4 of 2015 with specs like these are considered entry level budget tablets. The main difference between the Amazon Fire tablet and those of the rivals are not in the specs, but in the additional content, services, and features of the Fire tablet, in a tablet that costs about half the money of the average $100 price of the tablets from the competition.

Only two Amazon Fire alternatives have been launched in this category the last months. These are the Lenovo Tab 2 A7-30 which has the same hardware and specs, and the Asus ZenPad C 7.0 (Z170C) a tablet that also has GPS, AGPS, and GLONASS, but otherwise no better specs. But then the price is also the same as the of two Amazon Fire tablets put together, which seems to bring us back to the central premise of the Amazon Fire tablet again, which is the very low price of the tablet.

Amazon is even selling six-packs of the Amazon Fire where six Amazon Fire 7 tablets each worth $49 are sold for the price of five.

There are three different official cases and covers for this particular Amazon Fire model.
The first one is called NuPro Fire Standing Case and costs $14. It is a synthetic leather protective case with a two-angle stand and magnetic auto wake/sleep functions when you open or close the cover. Since the Amazon Fire tablet only comes in black you have six color options on the NuPro Fire Standing Case to choose from instead, and these are black, navy, pink, purple, and turquoise: http://www.amazon.com/dp/B011LRUKFU/

The second official Amazon Fire case is called NuPro Fire Slim Standing Case and costs $19. This tablet case looks just like a typical iPad case, and the tablet snaps into place in the case by corner clips, so that it doesn’t cover any part of the front of the screen. The Fire Slim Standing Case has the same black, navy, pink, purple, and turquoise color options: http://www.amazon.com/gp/product/B011LRVZAO/

The third case is the Amazon Fire Case and costs $24. It has a modern diagonal flap that folds out as a stand for both horizontal/landscape or vertical/portrait mode. It has magnetic cover and an outer padding that offers protection for the tablet on the outside, with softer microfiber on the inside. The color options for the Amazon Fire Case are a little different, with options of black, blue, green, magenta (hot pink), and tangerine (orange): http://www.amazon.com/gp/product/B00ZGUYN1Q/

Amazon pushed the envelope not with specs this time, but on price, which can only be describes as good for us tablet customers. The Amazon Fire at $49 is now the best value tablet in the 7-inch budget tablet category.
The release date for the new 2015-2016 model of the 7-inch Amazon Fire is September 30, 2015. 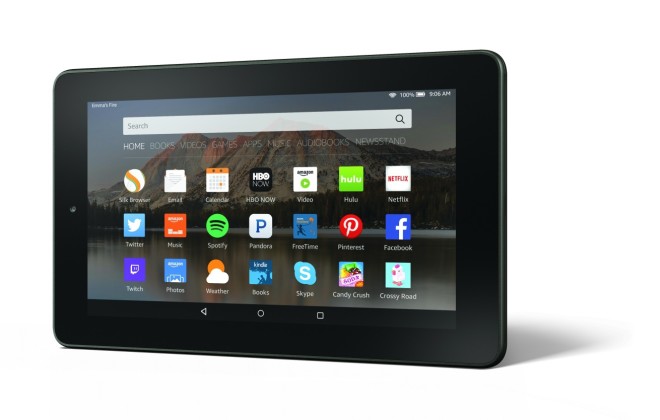 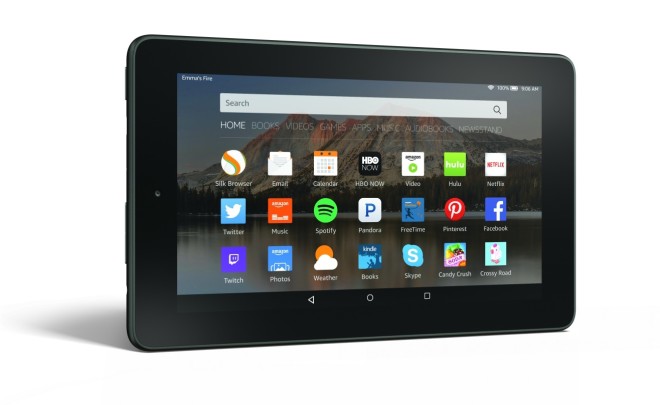 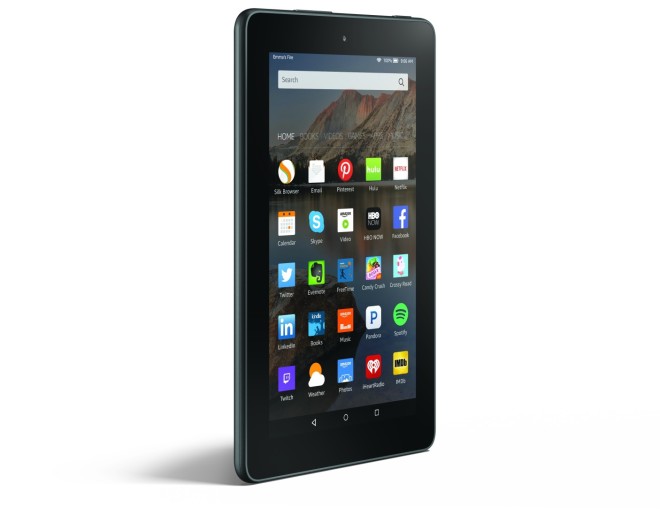