Peakago is a new computer company that so far has only come up with the 7-inch pocket laptop Peakago that has just been successfully crowdfunded 10x times beyond its goal.

There are two things that makes it stand out, the first one is that it features optional 4G LTE, the other is a lower entry price than that of its competitors. Starting at just $269 for those who still add themselves to the crowdfunding campaign as the first backer, the should be able to expect it in March 2020 for that price says the founder. That’s with 4GB of RAM and 64GB storage. $339 will get you twice the capacity, and finally, $399 will get you that and 4G LTE.

The main downside is that it’s powered by the Intel Atom x5-Z8350 processor which is underpowered, and as Liliputing found out during actual testing of the Peakago, the storage was relatively slow too.

So it depends on what someone wants to use it for. There’s a lot of older Windows software that will run well on this processor, just not the more demanding ones where you edit videos or edit complex documents, and 64GB is a bit low with Windows, so get 128GB at least. But the 4G is attractive, as very few Windows 10 pocket laptops so far features 4G, with the latest one being the 8.9-inch MAG1.

So we’re starting to get a pretty good choice in this segment by now, but there’s room for more of these neat pocket laptops with revolving displays and tablet mode. 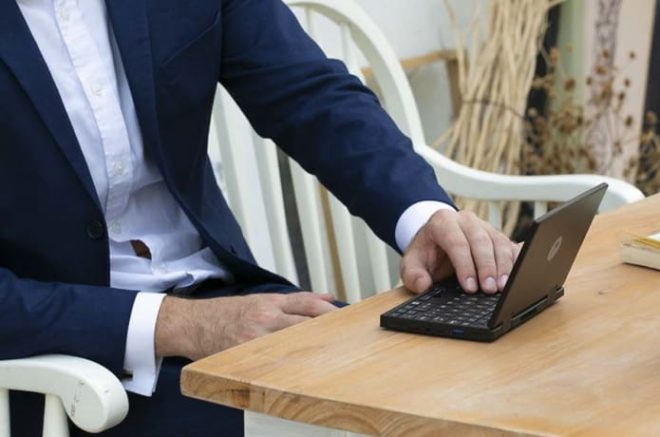