GPD XP, the 6.81-inch Android tablet is now launching from Banggood too, where the release price is $325:
https://www.banggood.com/GPD-XP-Media-Tek-G95

The GPD XP is a novel device that introduced some technologies for the first time in a consumer tablet. So that keeps the small computer experts from GPD interesting.

Not to mention that there haven’t been a 6-inch tablet on the consumer market since the Fire HD 6.

GPD XP is a dedicated gaming tablet with Android 11, but even so it still has plenty of other uses, including built-in 4G LTE and video calling capabilities so it can be used as a phone. 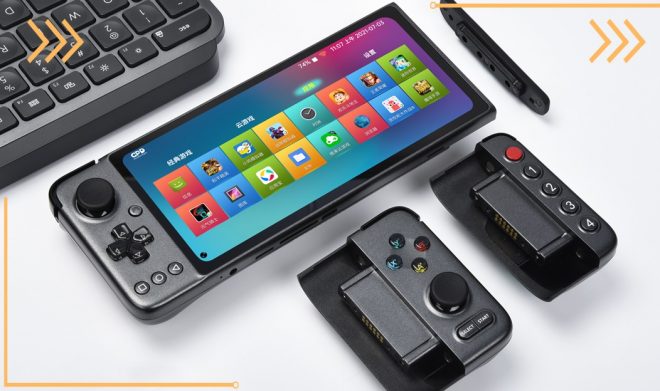 The 6.81-inch touchscreen has a 2400 x 1080 resolution display with 500 nits brightness and 60 Hz refresh rate. Most interesting though is the “key mapping” feature for avid gamers that can be used to simulate touchscreen operations.

Different types of controllers can be attached to the sides, all depending on users needs for the upcoming game they are going to play.

Other main hardware specs are a MediaTek Helio G95 MT8789V/WT processor, 6GB LPDDR4x RAM, and 128GB UFS 2.1 storage. So to deal with the potential for heat, this Android tablet actually has a fan to cool it down with.