It’s only been a few weeks since Xiaomi launched the 7.9-inch tablet Xiaomi Mi Pad 4, and now they are about to launch a phablet that’s just one inche smaller, at 6.9 inches, which is how large the new Xiaomi Mi Max 3 phablet has grown this year.

The predecessor Xiaomi Mi Max 2 is already 6.44 inches large. Xiaomi have released teaser posters ahead of the Thursday unveiling in China, where it’s also teased with a 5500 mAh battery.

You can see by the images that you can still hold an almost 7-inch large phablet by gripping around it with one hand, and this shouldn’t be a problem as an average adult should be able to grip around even an 8-inch tablet. 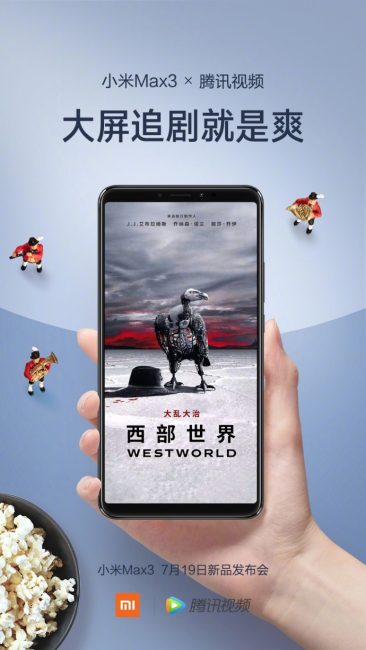