The highest microSD card capacity is from now on 512GB thanks to the new memory card announced by the British company Integral today, as the world’s first 512GB microSDXC card.

It is measured according to the Video Speed Class 10 (V10) standard and UHS-I standard, meaning that it is compatible with microSD card slots from many years back on phones, tablets, cameras, drones, MP3 players, GPS, and other small devices with a microSD card slot.

The maximum transfer speed of Integral’s 512GB memory card is 80mb/s. And with companies like Samsung emphasizing high quality and long warranties on their memory cards, Integral is offering a 5-year warranty on this memory card. 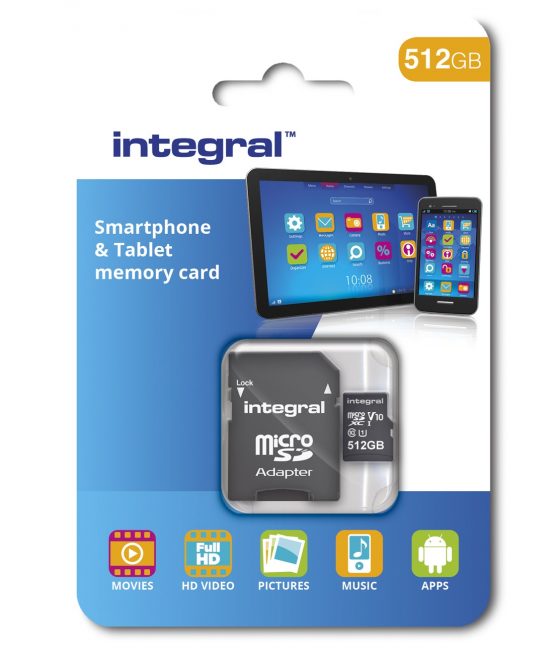 The 512GB Integral microSD card will be launched in February with a microSD card adapter in the package so that it will fit in the slot of laptops too.

iPad’s haven’t got microSD card slots, but Windows and Android tablets including the latest Fire tablets do, and the majority of them supports microSD cards up to 128GB in size, with Samsung and LG tablets sometimes having support above that even.