Today, Friday 12/09 is one of the most Christmassy days in all of Microsoft Store’s 12 Days Of Deals, since Microsoft is having sales on a few Windows tablets by selling 8-inch Windows 10 tablets with Full HD displays for just $49, the same price as the 7-inch $49 Fire tablet from Amazon.

There are 3 models of this tablet, which is the NuVision TM800 tablet, where the main difference is between the earliest TM800W506L model which is powered by an Intel Atom “Bay Trail” Z3735F processor, and the two newer TM800W/P610 models that are now powered by the newer Intel Atom “Cherry Trail” x5-Z8300 processor instead.

Apart from that they are all similar tablets, with an 8-inch screen sporting a 1920 x 1200 resolution display, 2GB of DDR3 RAM, and 32GB of storage. The $69 version is even delivered with Windows 10 Pro.

The HP x2 Detachable can be used as just a tablet, or connected to the keyboard and even set up in tent mode, which usually eliminates the need for a separate stand for it as well.

There’s also a sale on the NuVision Duo 10 Windows 2-in-1 that we wrote about recently, for $199 with 64GB of storage, and there are sales on some revolving Laptops with touchscreens as well, as a second option to tablets. 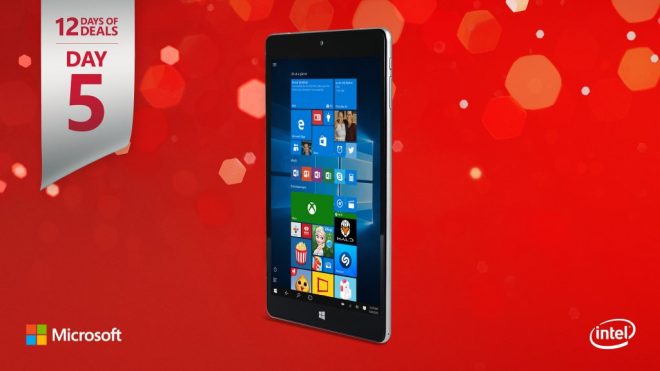