HP announced their second generation HP Envy x360 today, and said they will start to release these new models between June 18 and 21 in the US.

The HP Envy x360’s are not so much tablets as they are revolving laptops with touchscreens, since the display and keyboard doesn’t detach from each other like they do on 2-in-1’s.

There will be a few different models to chose from, ranging from 15-inch Windows 8.1 IPS models with either HD or FUll HD screen, processor options of either (fifth generation) Intel Core i5 or Intel Core i7, 4GB to 16GB of RAM, and 256GB to 1TB of storage in HDD or SSD form.

HP is ditching the Beats Audio cooperation on the Envy x360 too, in favour of their new collaboration with none other than Bang & Olufsen. The battery life is 8 hours and 45 minutes long according to HP.

The price for the first models will range from $679 with Intel Core i5 processor, HD display, 4GB RAM, and 500GB HDD, to $899 for the top model. That makes it a direct competitor to the 15-inch Lenovo Flex 3

that will launch at the end of May. These are also 360 degree revolving laptops that can be folded into tablet mode, or stand in tent mode.

They also have the same variations of Intel Core i5 processors, RAM, and hard drive. And they may also be found in smaller iterations at either 14 and 13 inches. 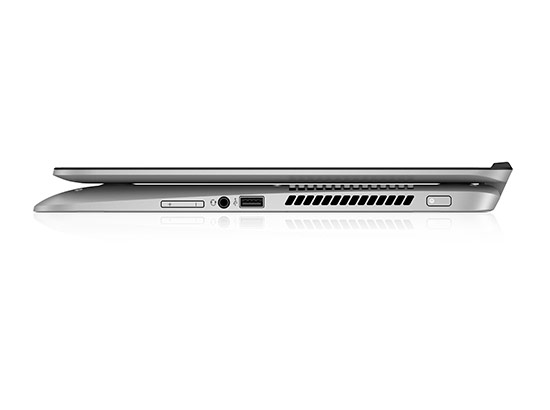