Fujitsu announced yesterday that the Stylistic Q555 will be brought to the US in 2015, alongside the Fujitsu Stylistic Q335. This 2-in-1 Windows tablet have just started rolling out globally in December:
http://www.amazon.com/Fujitsu-Q555

The Fujitsu Stylistic Q555 is a 10.1-inch semi-rugged 2-in-1 Windows 8.1 business tablet with optional enterprise security.

Semi-rugged means that it can withstand more water spills and drops to the floor than most normal tablets, but that it still retains a slim tablet from factor, without being covered in silicon and rubber on the outside, like a rugged tablets for outdoor or industrial use. (See more on tablet drop tests from December 16.)

It has a lot of optional configurations this tablet, so the price in the US will vary depending on the configuration. But it’s not cheap. 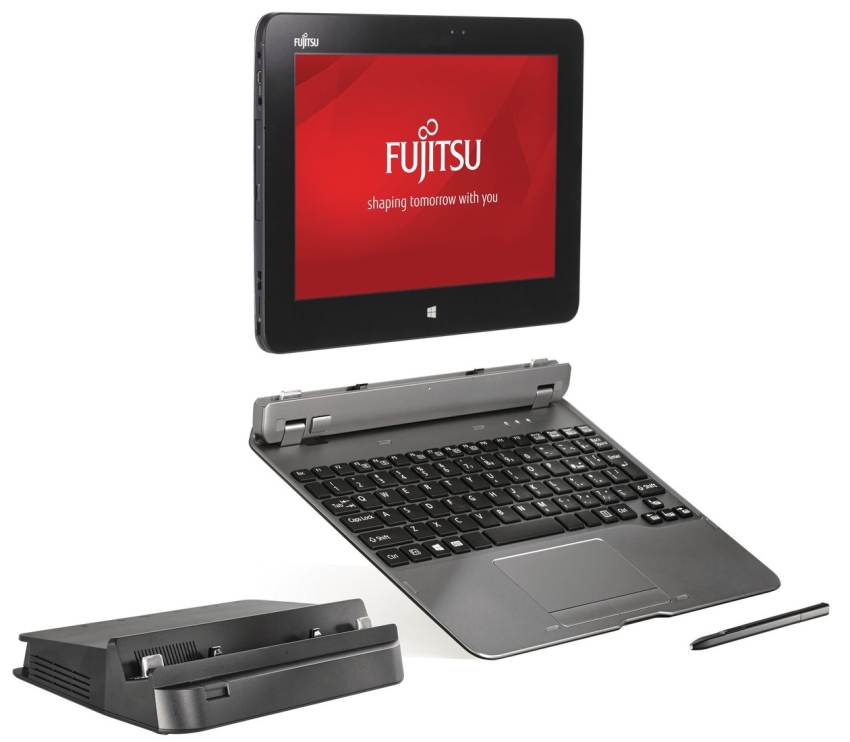 What all models have in common however is the 10.1-inch screen with Full HD 1920 x 1200 resolution in a dual digitizer supporting IPS panel. So this is a great tablet to use with a pen, a feature that Fujitsu have built up a lot of experience with after their 21 years of manufacturing tablets and PDA’s with pen input.

As a 2-in-1 it obviously has a keyboard, but an optional docking can be bought for this tablet as well.

It otherwise has 4GB of DDR3 RAM, a 2MP front camera, a 8MP rear camera, dual-band 802.11 a/b/g/n Wi-Fi, a good 10 hour battery life, and a tablet weight of 655 gram. So it’s heavy as a stand alone tablet, due to all the ports, sensors, and chips. And the more enterprise features you add, the heavier it gets.