The first version of the 12.35-inch Windows 11 tablet Lenovo IdeaPad Duet 5i is now available on Best Buy.

And it’s the Intel Core i3 version, which is retailing for $789.

When Lenovo announced this tablet way back in February, they said it would launch with Intel Core i3, i5, i7 and Pentium 8505 processor choices, so both cheaper and more expensive models should hit the market later on. 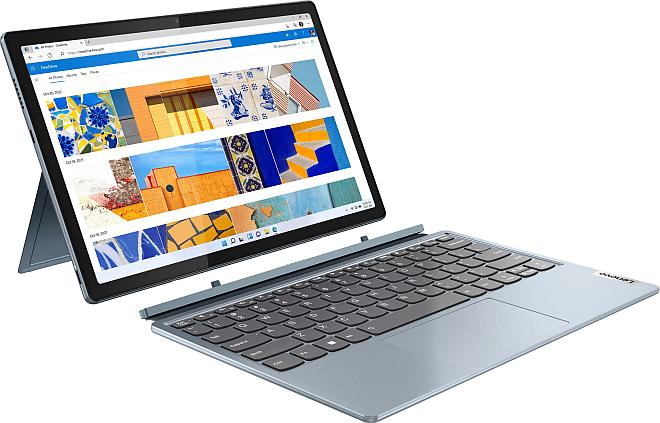 But for now we’re looking at the Intel Core i3-1215U powered tablet with 8GB LPDDR4x RAM and 128GB SSD storage.

The other specs are okay, with 1W stereo speakers, 450 nits brightness from the display, 5MP front and rear cameras, and 2x USB C 3.2 ports.

It has digitizer support too, and a built-in rear kickstand without the need for an additional cover to achieve that effect.

The kickstand drags up the dimensions a bit, since it’s 9.45mm thick and weighs 809 grams. 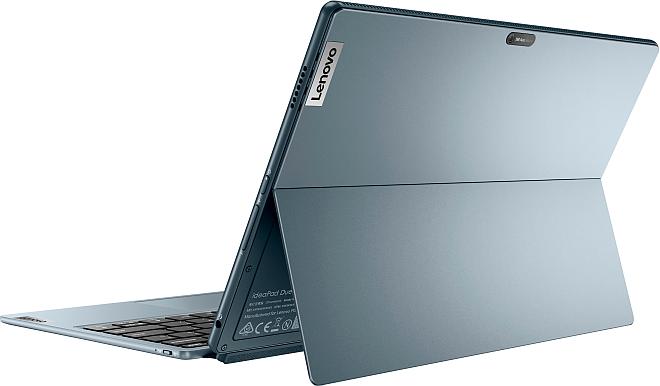